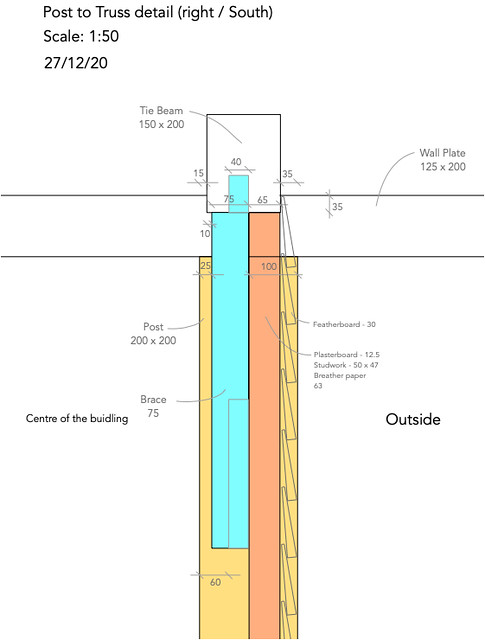 All the wall panels sit in between the posts and will be constructed as independent panels designed to be as resilient as possible to the shrinkage of the green oak elements of the frame. The green oak frame elements will shrink across their width. Shrinkage along the length is negligible. Shrinkage of the oak frame can cause two things to happen: 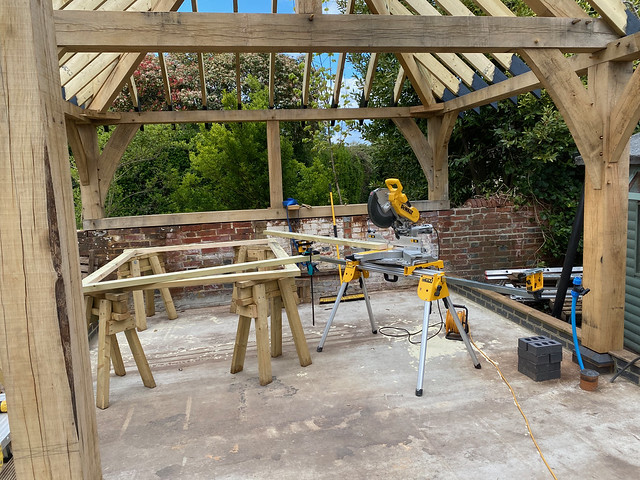 To try and mitigate against this each wall panel will be built on a pine frame. 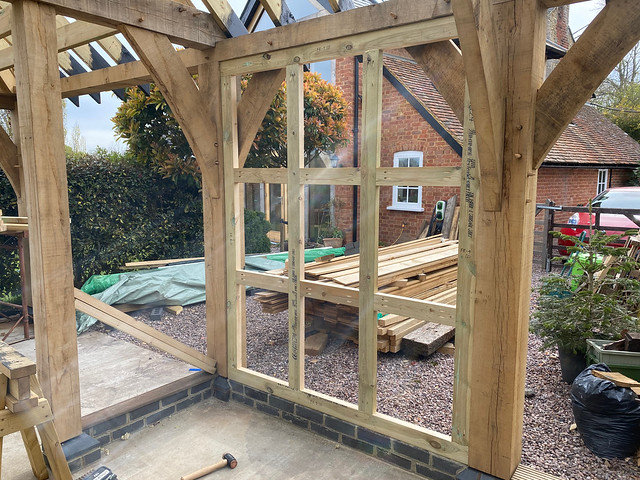 These frames will be fixed to the bricks at the the bottom and to the wall plate at the top. There will be no side fixings into the posts as these will shrink away from the frame and would damage it in the process. Although the wall plate will also shrink, the underside face will not move much, instead the top face will move down and so the wall panel should not be affected too much. To cope with the gaps that will appear down each side of the panel, I will use expanding foam tape which should expand as the posts shrinks so that no gap appears.

I’m thinking of using CT1 adhesive to bond the bottom of the frame to the bricks. This will not only form a fixing but also a seal to prevent draft. With the sides, top and bottom of the frame sealed, the only other place to seal is between the ends of the featherboard and the frame and I intend to do this with expanding foam tape.

The core of the wall panels is only 50mm thick. Rather than use 50mm x 50mm treated timber for this, I decided to use 100mm x 50mm on its side to give a bit more rigidity. This also means that when I come to fix the featherboard the fixings won’t be too close to the end of the boards. I decided to use glued pocket hole joints between the top and bottom elements and uprights. 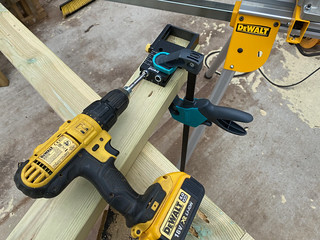 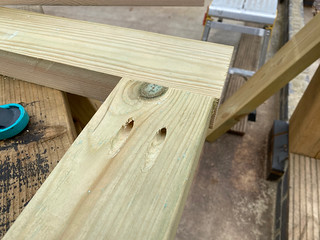 I also used pocket hole joints for the noggins but without glue. 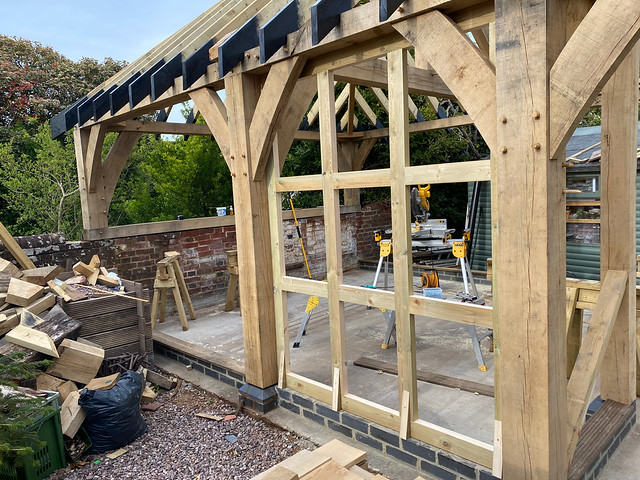 At the bottom of the frame I attached ‘sprockets’. These will kick out the featherboard at the bottom to that they throw rain away from the bricks. 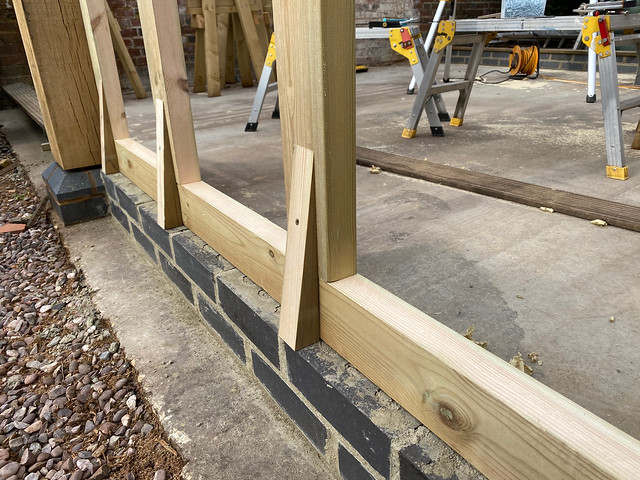