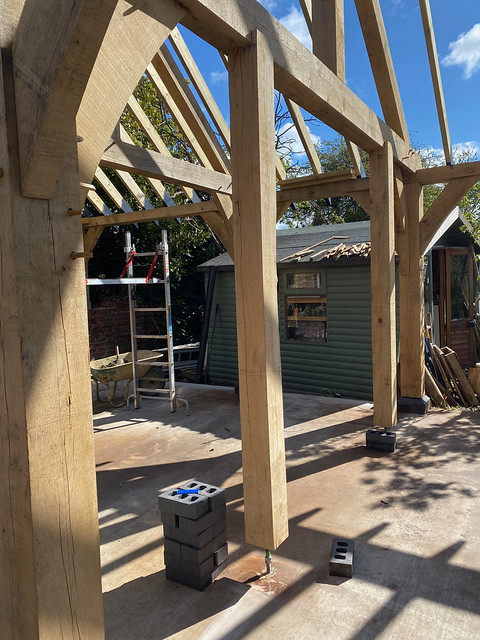 This left them looking like they were floating in thin air. Later in the day this space was filled by the dwarf wall brickwork. 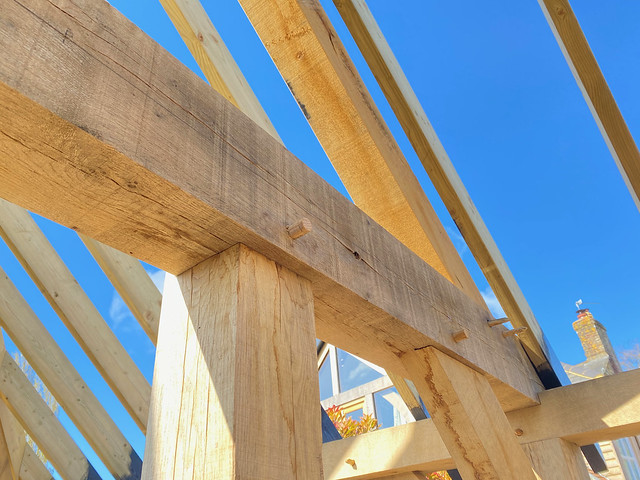 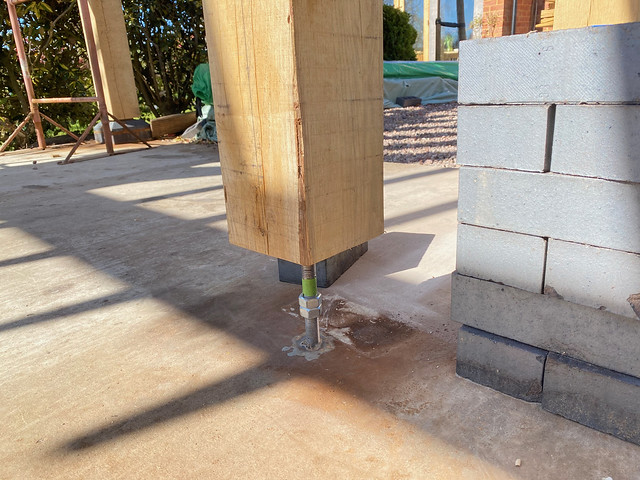 Then Mike Hillier arrived and cleaned the lines between the posts in preparation for laying bricks. 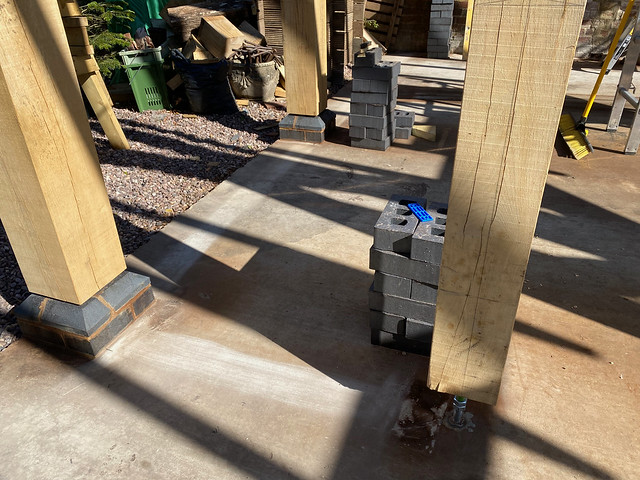 While the brickwork progressed I modified and secured the joist hangers on the right face of the righthand tie beam. 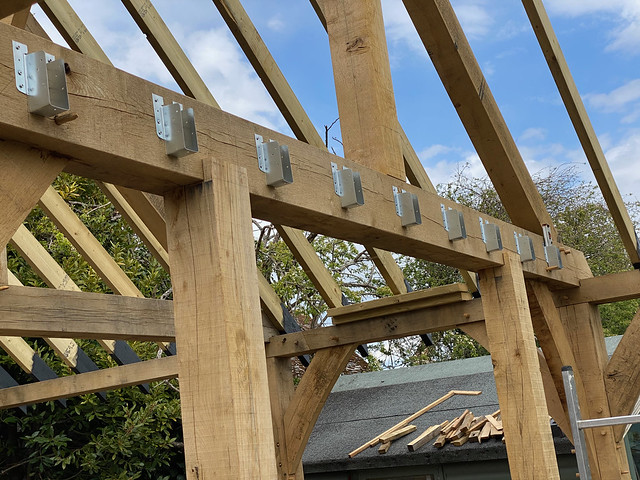 I then went off to buy the timber for the joists. These came straight off the Land Rover… 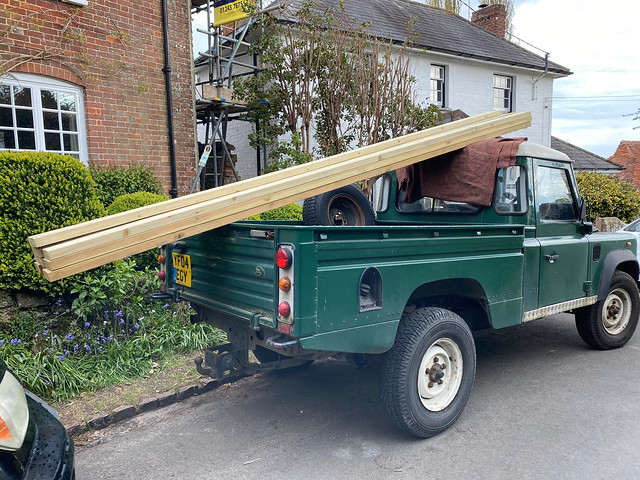 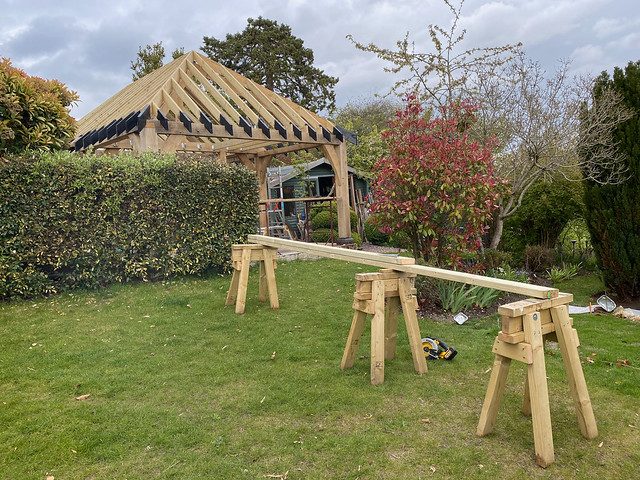 …before being lifted into place. This was quick-fire, high impact work! 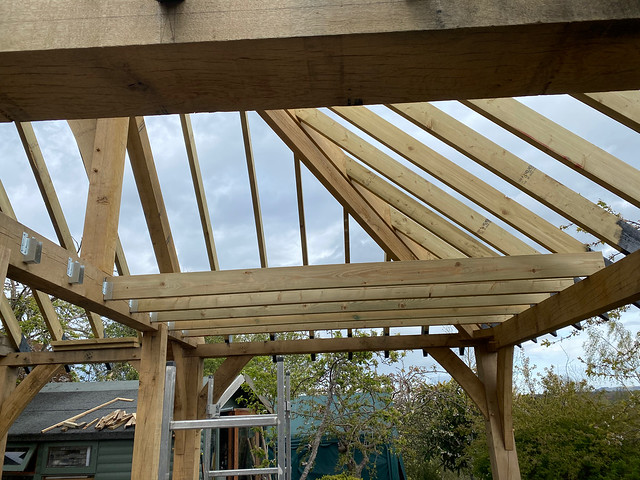 These joists will form the ceiling to the righthand open bay and also the floor for the storage area above.

By the end of the day the inside space had been defined by the dwarf walls. 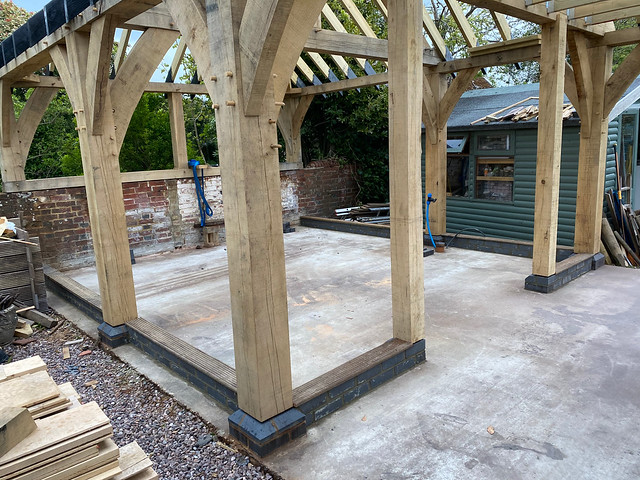 And the outside space had been defined by the ceiling joists. 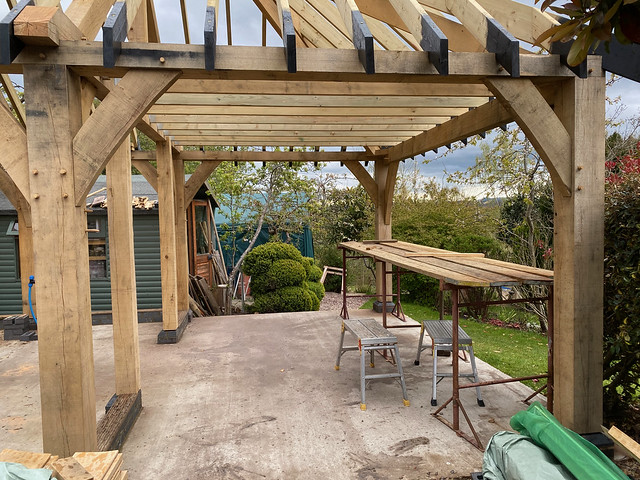 I’m really pleased with the detail of the dwarf wall… 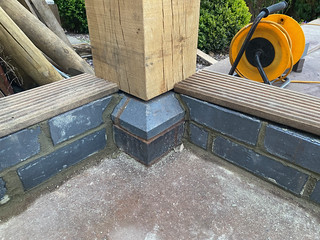 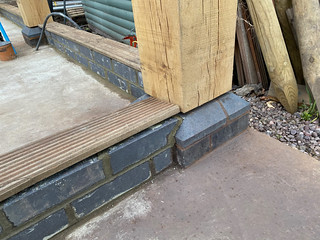 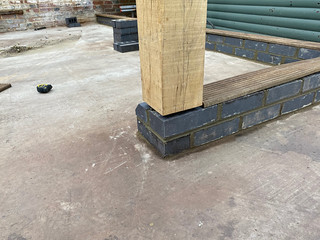 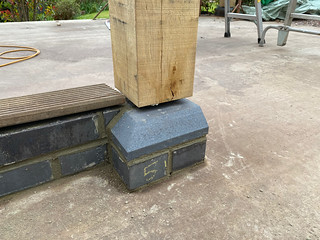 I now need to wait a few days for the mortar to set before starting on the wall panels.