If you want slow the time lapse down, view the video on YouTube and use the gear icon to reduce the playback speed.

This is how things looked at the end of the day. Just the jack rafters on the right side of the roof are left to do. 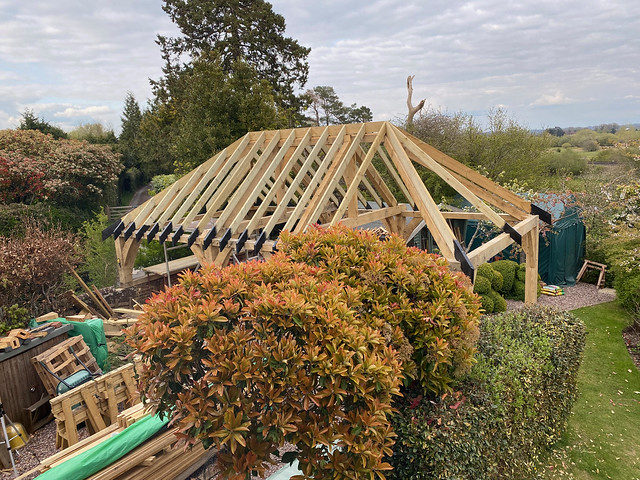 Just a couple of things to note.

Positioning of the jack rafters
I’d cut the jack rafters to length according to the roof plan with the required plumb cut and bevel. This meant I could place the birdsmouth on the wall plate and move them into position against the hip rafter. To help with this process, and provide some reassurance, I made an improvised square by attaching a piece of straight, scrap plywood to my roofer’s square with mini clamps. 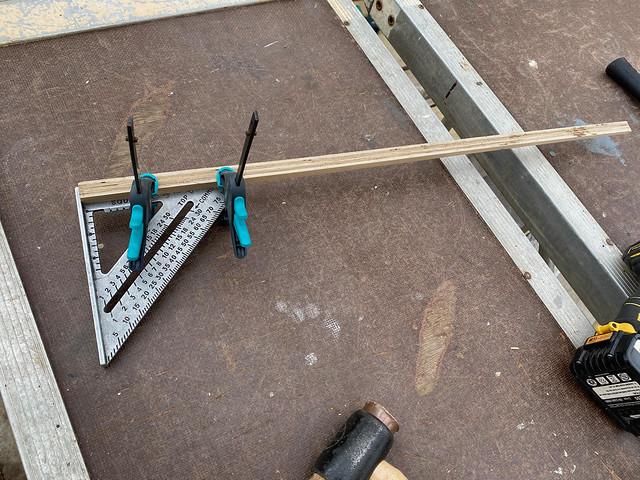 I was able to hook this over the arris of the wall plate to give reassurance that the jack rafter was in the right location at right angles to the wall plate. 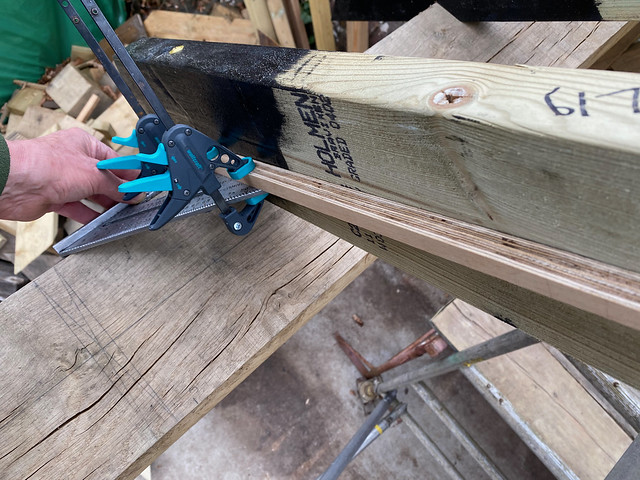 Rafter to wall plate fixings
Just  to say that I am really pleased with the way these fixings are working. 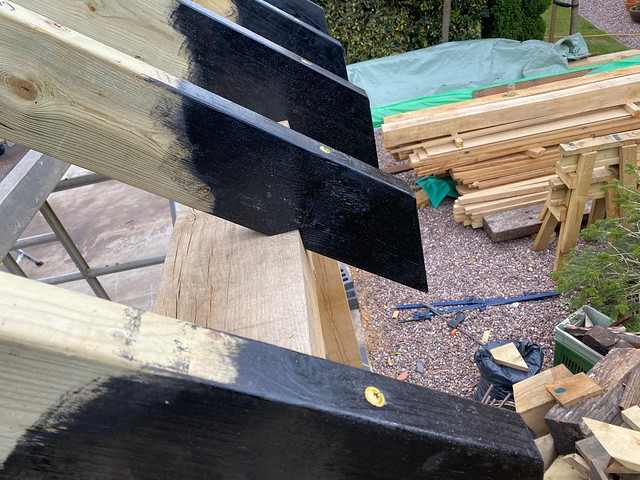 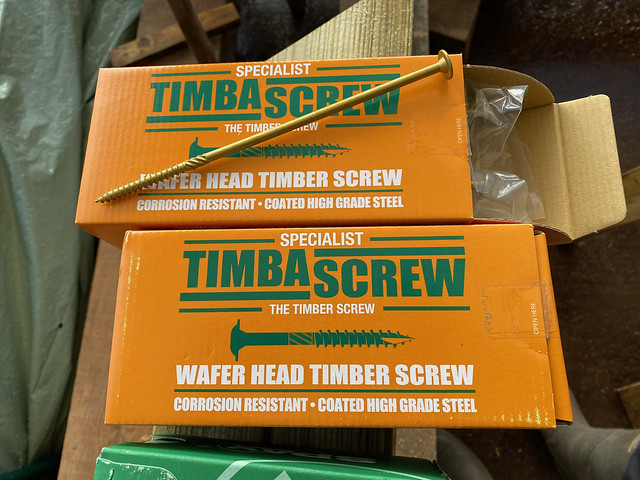 I’m drilling through the rafter with a long 6mm auger bit and allowing the fixing to ‘self tap’ into the green oak wall plate.

Tomorrow I should complete the softwood roof.