After days of prevarication, I finally got the epoxy resin out and set about injecting it into the brick plinth holes I’d prepared before the barn frame went up.  The task was to get 150ml of epoxy into the centre of the brick plinths via the slots we’d made in the spacer plates. I anticipated that this to be a rather fraught and messy process and I wasn’t wrong.

Part of the preparation was the calculation of the volume of epoxy I was going to need for each post – it turned out to be around 150ml. 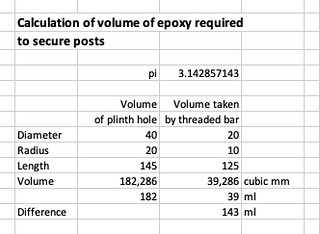 Internet research had led me to the ‘West System’ epoxy. 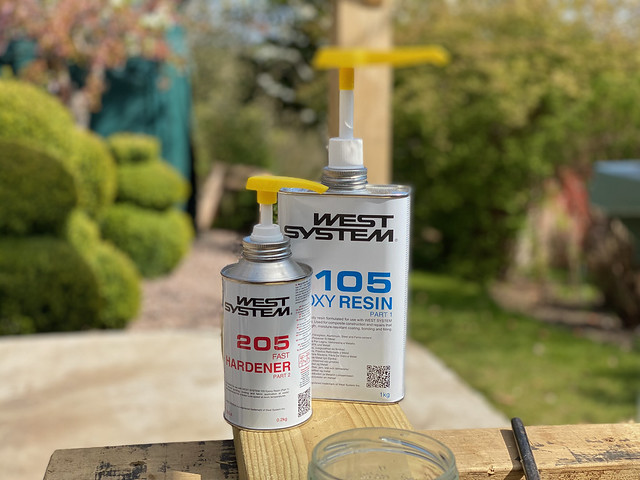 I bought the pumps which facilitates the measuring of the correct amount of resin and hardener. These were a good investment. I’m not sure how I would have done the measuring otherwise. What drew me to the ‘West System’ was the fact that it has a low viscosity and can be poured when first mixed.

Six pumps of resin and hardener was about 150ml. After mixing thoroughly I poured it into the top of an empty silicone cartridge. 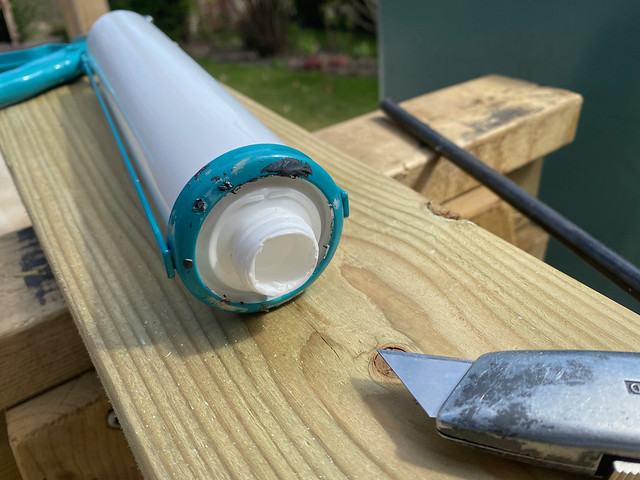 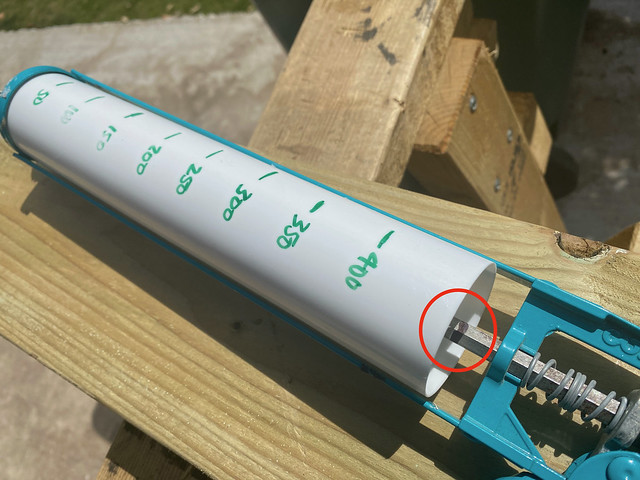 I did one post as a time using the same cartridge at it was a very messy business! With the cartridge loaded with 150ml of mixed epoxy I attached the nozzle and to the nozzle I attached piece of see-though plastic pipe. I then located the diagonal slot in the spacer plate, inserted the pipe and injected the epoxy. 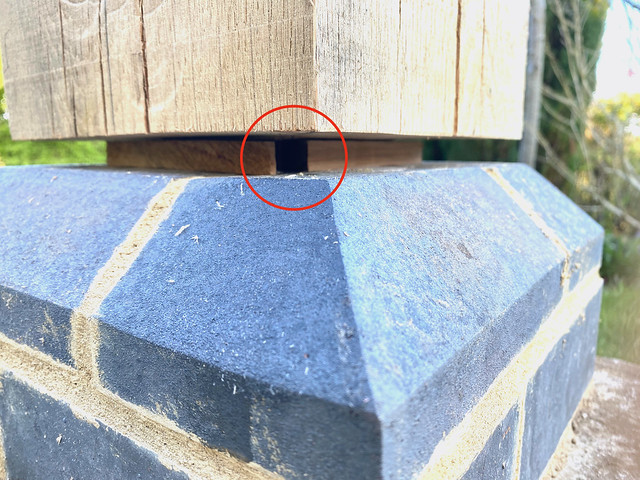 I finished the day laying out the elements of the softwood roof and putting up the scaffolding and platforms ready to start putting up the roof tomorrow. 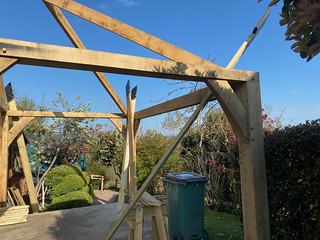 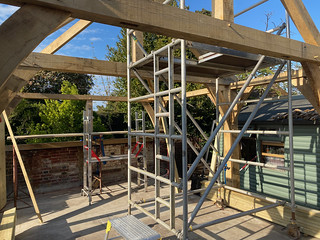