Today we started on the last cross frame linking the righthand middle posts to their tie beam running from the front to the back of the building. Essentially, we were repeating the process we started here. The placing of these braces is particularly complicated and dictated by the wall build up between the righthand bay and the middle bay. The detail of the rear brace joints, viewed from the inside, centre of the building is shown in the drawings below. Without these we would have made a mistake! 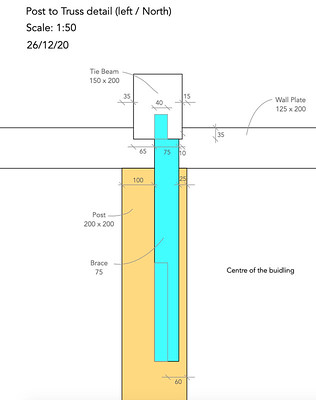 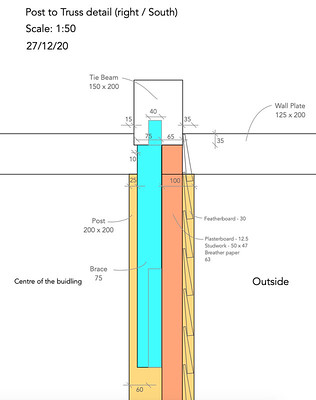 There are two other aspects of this task that make it challenging. Firstly, the tie beam sits centrally on the post but is narrower than the post. This means they have to laid up at different levels. The second aspect is that it is not possible to include the wall plate in the lay up. Instead, there is a carefully measured space where the wall plate will be. 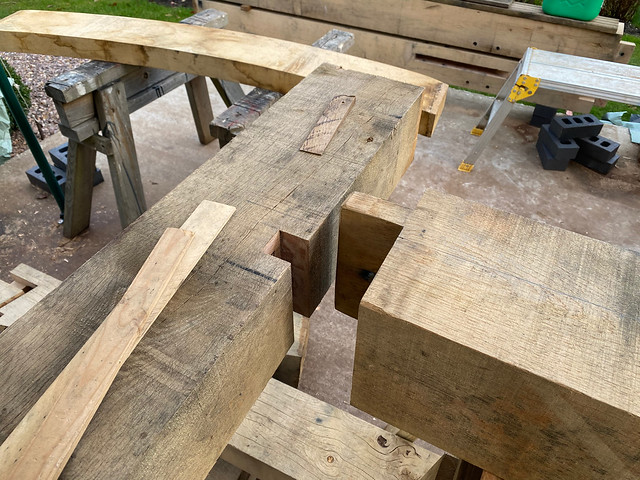 First we found the timber for the last two large braces. We double-checked the exact positioning – top and bottom – of these braces by measuring the position of the mortices on the other posts and tie beam. It’s important that we get this right as both sets of braces will be visible from the inside of the building, so they need to match. 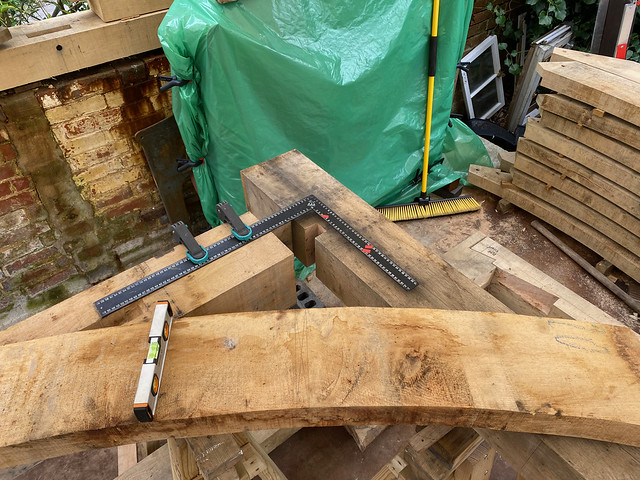 After the layout, we marked out and cut the brace blanks. 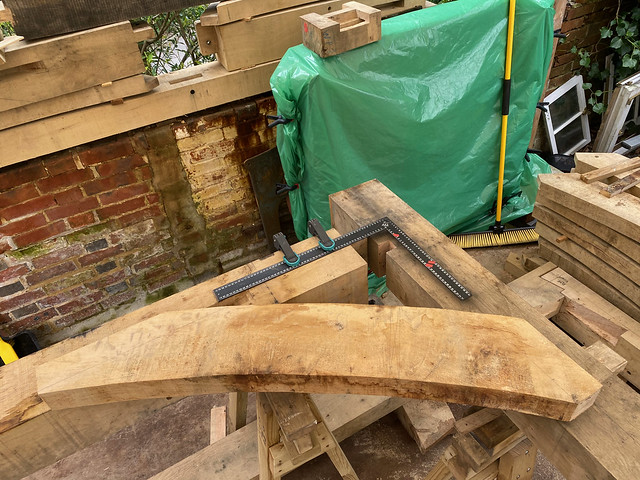 We then cut the tenons. 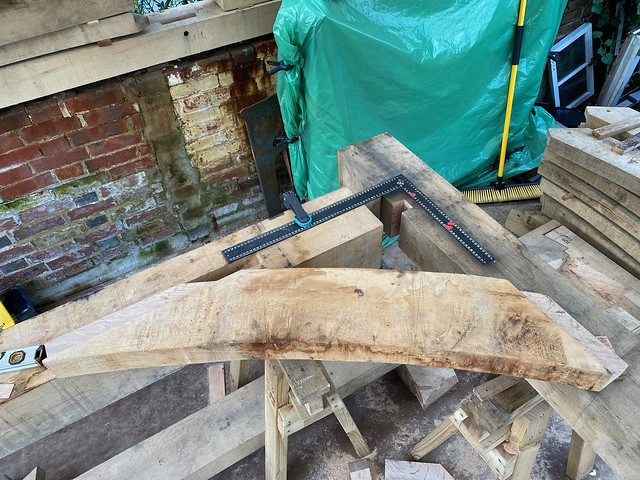 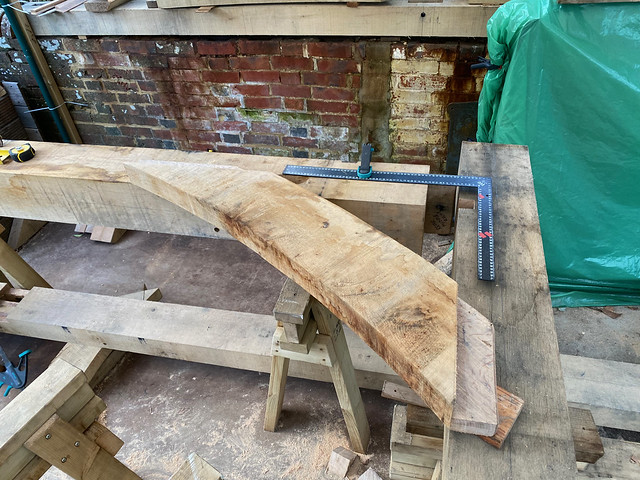 Tomorrow we will start on the mortices. We will fix the lower brace and determine the exact position of the upper mortice and cut that.