Today was a varied day and had a milestone in it!

It kicked off with Ben bringing the spacer plates he had made following the design published just yesterday. They are beautiful – almost too beautiful to be hidden under the posts which is where they will be. 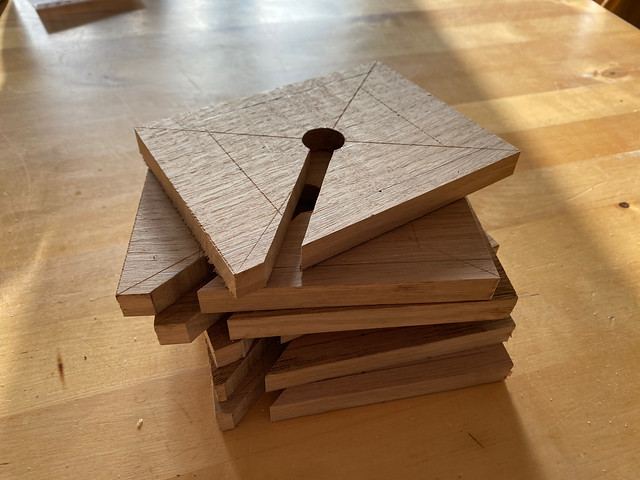 We then set about constructing the roof section of the barn using the pieces of timber that we have been labouring over during the last couple of months. Our objective was to check that everything fitted together while at ground level. Any fettling could be done while stood on the ground rather than 2.3metres in the air. We also need to fit the hip rafters and this will be easier to do at ground level.

Up until now, we have been working on the different sections of the barn in a horizontal orientation when their final orientation will be vertical and we’ve worked on different sections separately. So we constructed the two trusses horizontally and then took them apart and took their two king posts to link these to the ridge beam with the two ridge braces. We’d also worked on the wall plates in sections. Until now none of these sections had been joined to together as a single piece.

We started our work by bringing in the wall plates and laying them up in their correct orientation on the brick plinths on the slab. This is (nearly) captured in this time lapse. Look carefully for changes at ground level. This took a couple of hours and involved moving some of the heaviest bits of timber in the building.

We had to offset the layout to the right as the lefthand wall plate will eventually sit above the sill beam on top of the brick wall. 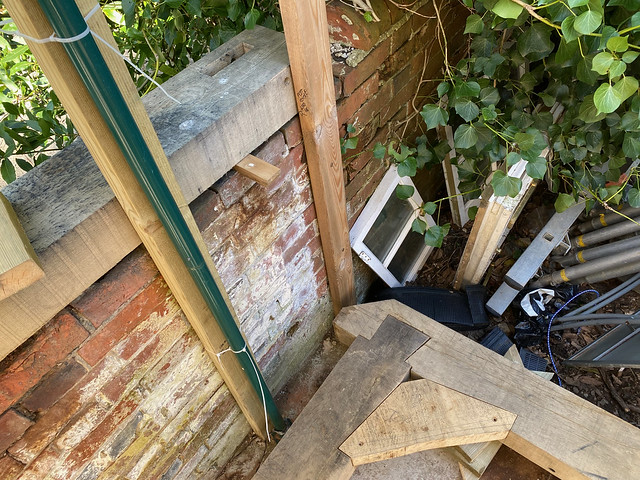 This meant that there was an overhang on the righthand side. But as you can see from the image below, the wall plate sat perfectly in the right position on top of the brick plinths. 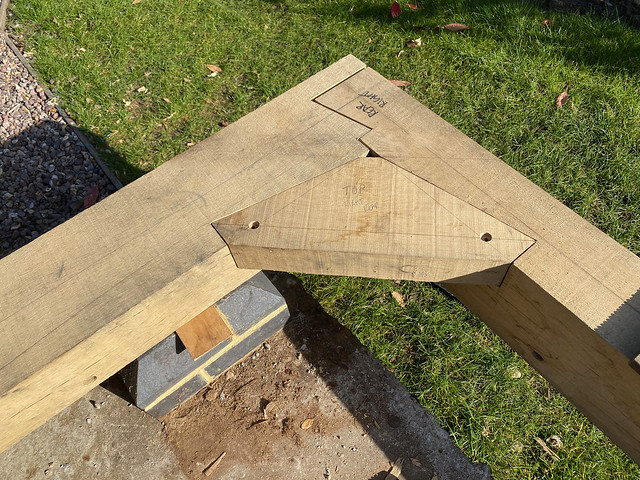 Unfortunately, I forgot to start the time lapse recording for the afternoon but here is the final state. Everything went together perfectly. No adjustments were required. 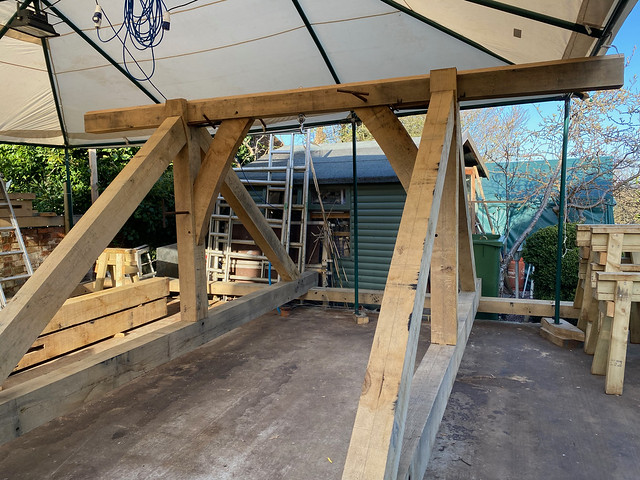 When I sat down to admire our work, I glanced across to my left to see a spirit level lying on one of the tie beams and it was reading level. we hadn’t used a spirit level all day so this was very pleasing. 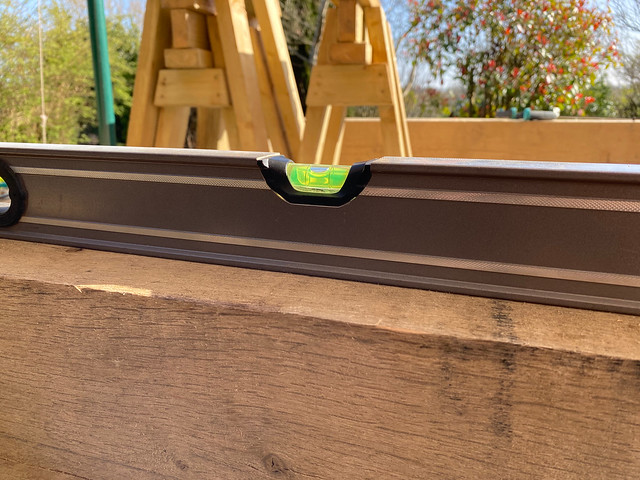 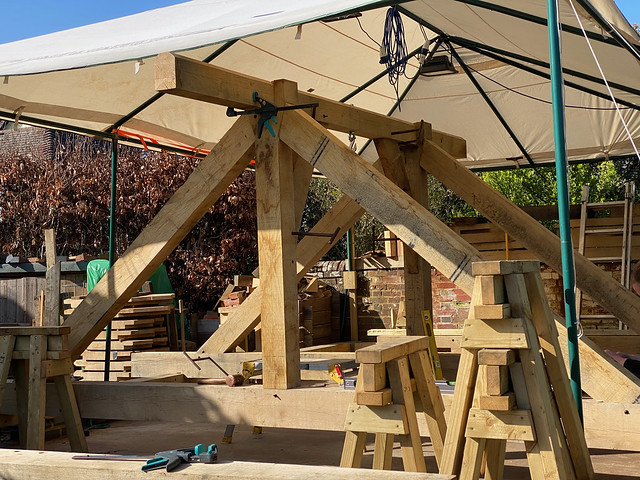 This is the first time we’d seen the results of our work come together in 3D. 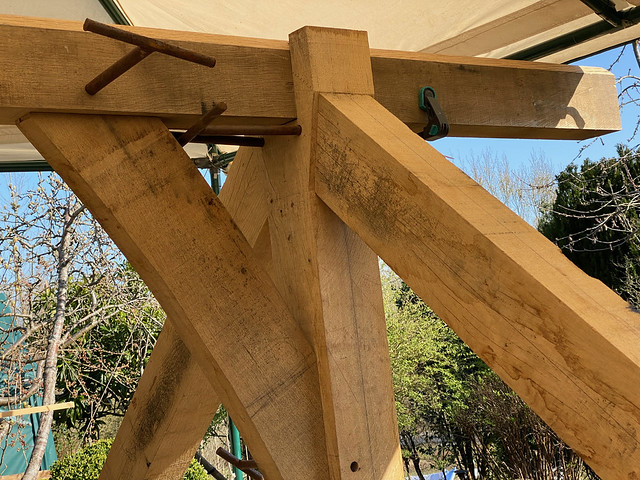 Here’s at attempt to get some idea of what the roof structure will look like from the ground when it is in its proper place. I took it while laying on my back on the slab. 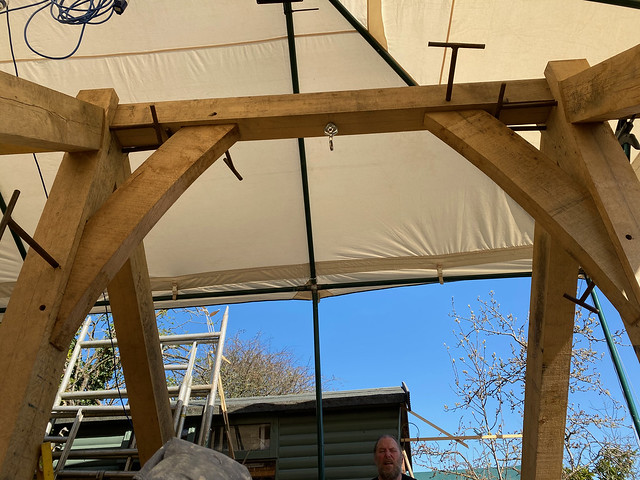 Tomorrow we will work to measure, cut and fix the green oak hip rafters.