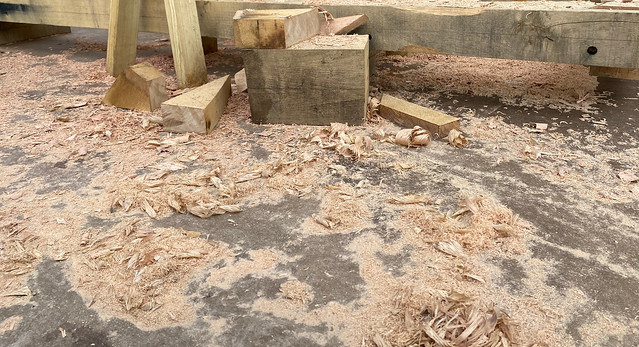 Today we completed the righthand tie beam cross frame. Here’s me making a final adjustment to the rear brace, being VERY careful not to cut off the tenon like I did here. 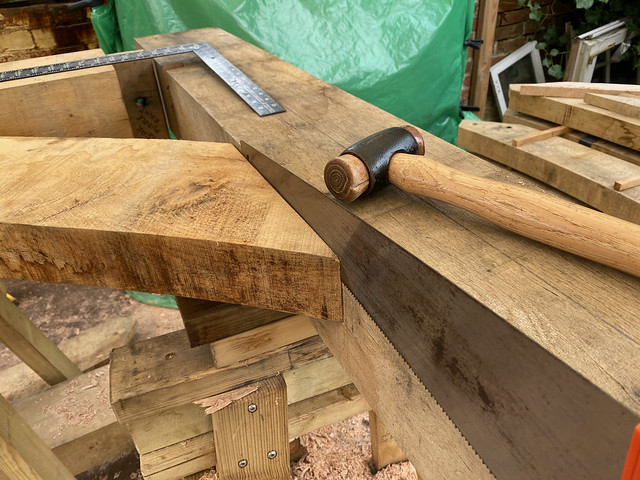 We then broke it down and placed the braces on the “finished” pile and put the posts to one side. We have now completed 20 braces – 18 are in this stack and two are elsewhere – leaving just two to do. 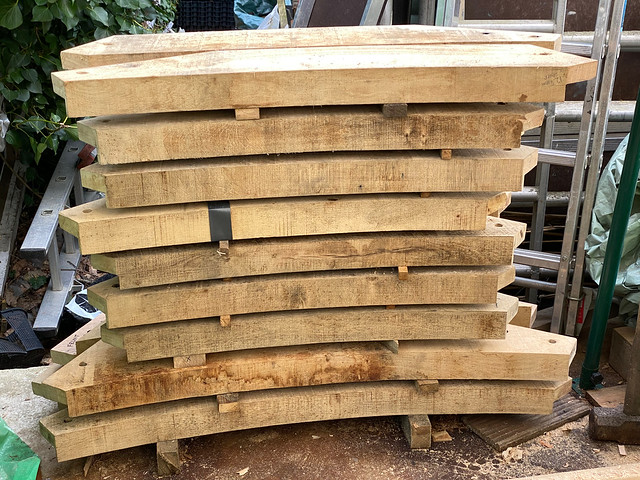 Our attention then turned to the second and final truss. We consulted the roof geometry to work out how the principal rafters and king post should be laid out. You can see from the plan below that the righthand middle posts are 6mm further apart that the lefthand ones (4370mm vs 4364mm). 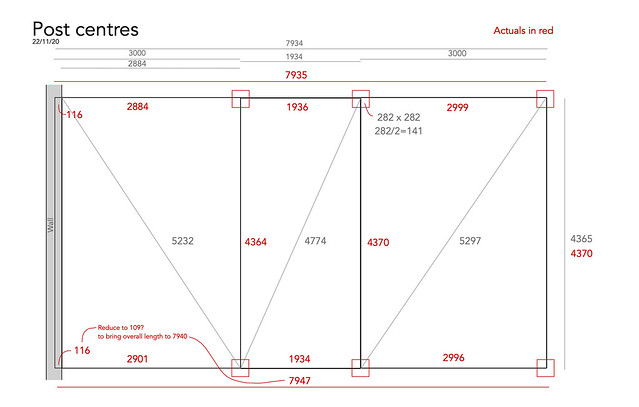 That means that in order to keep the righthand truss true to the left one, that magic 182mm distance in the plan below will have to go to 185mm to keep the rise  (1654mm) and angle (40 degrees) of the principal rafters the same. 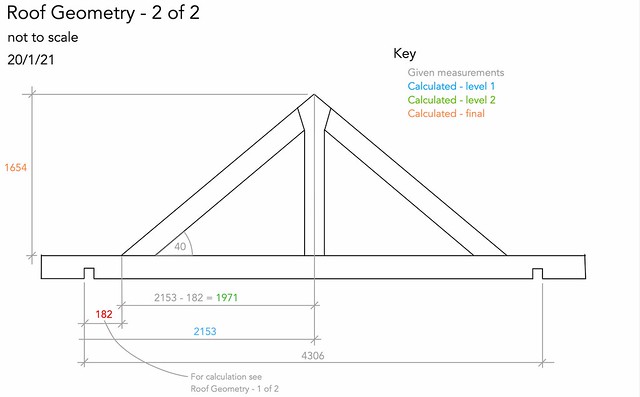 Here you see one of the 185mm positions marked on the top of the righthand tie beam. 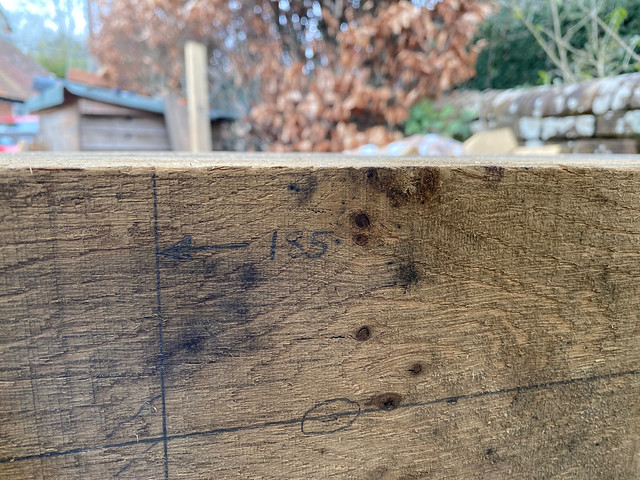 As I made the lefthand truss it was only fair that Ben should do the righthand one. So he worked on that… 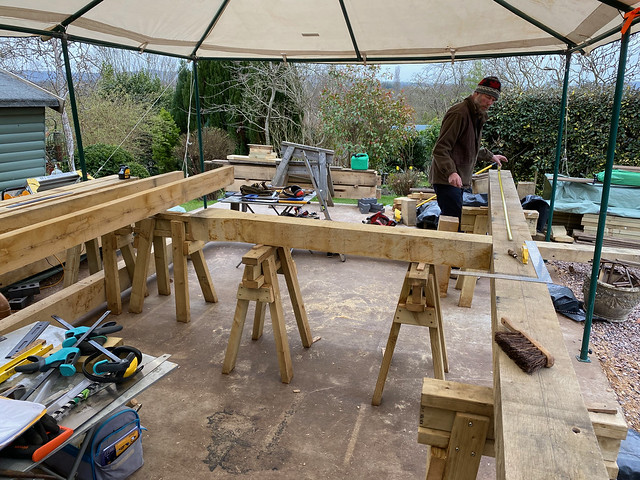 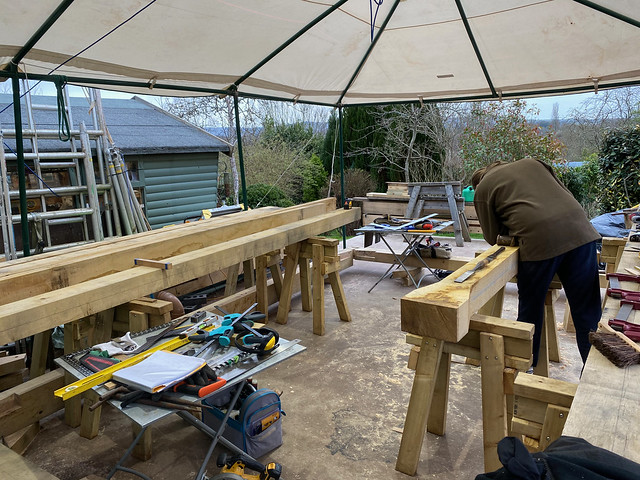 …while I prepared the rest of the roof timbers by putting reference marks on all of them. From back to front we have: the two principal rafters for the righthand truss; the two hip rafters and the ridge beam. 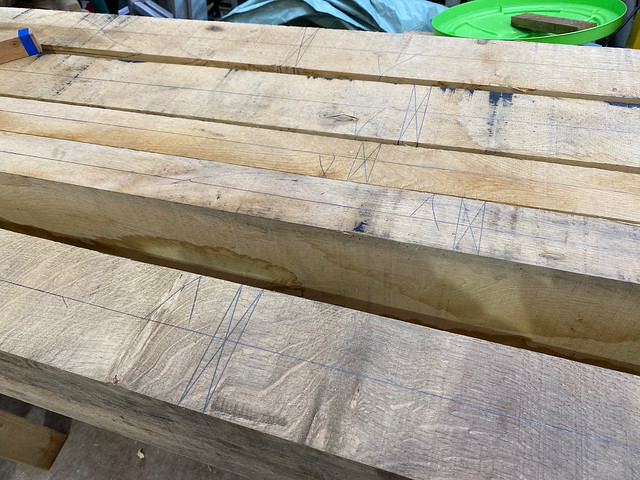 Tomorrow Ben will continue working on the final truss and I will work to prepare the ridge beam.