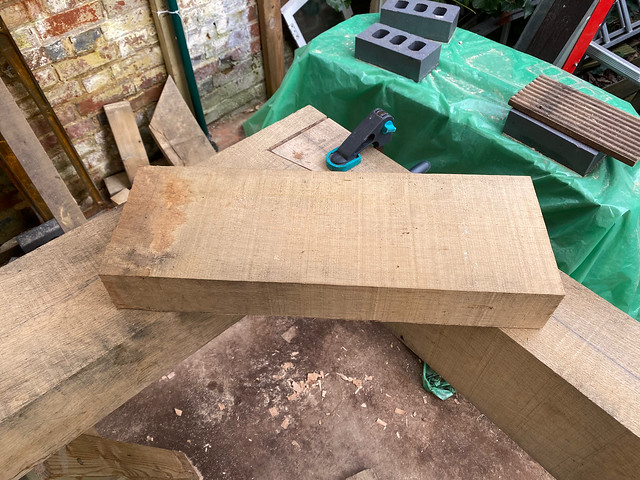 One of these had evidence of woodworm so we discarded that one and cut a piece off one the remaining two unprepared hip rafter timbers. 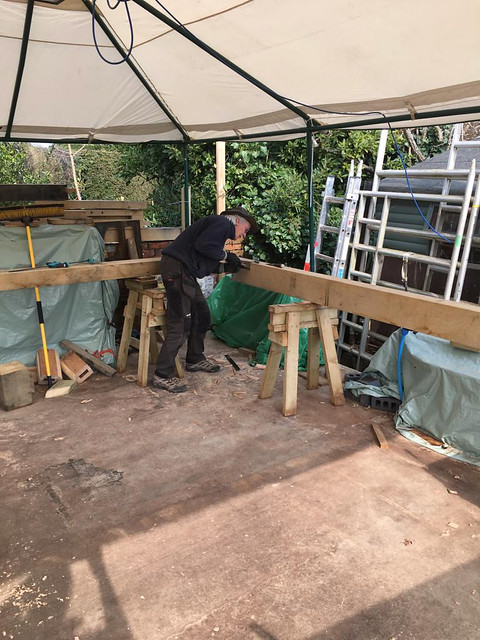 These ties went in with no problems. 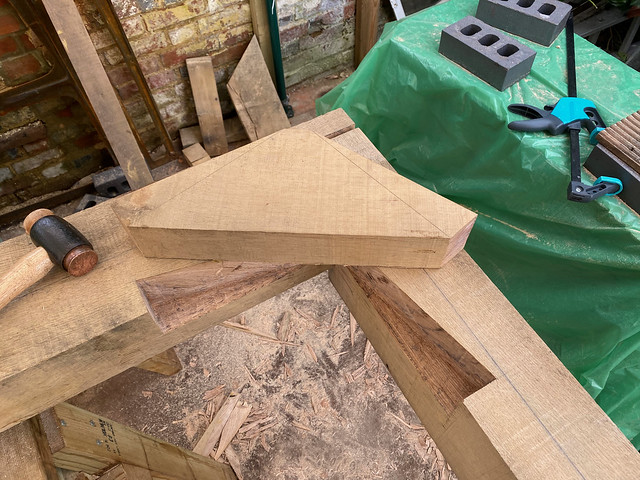 It was now time to drop the front and rear wall plates to the floor so that we could work on the joints between the right hand end wall plate and its associated posts. To do this we needed to be absolutely certain we were working with the right posts! This is when the fun started.

I was sure I’d marked all the rear wall elements with Cs: the first post was C, second post CC and so on with the left brace to the second post marked CCL, the right one CCR and so on. With this in our minds the corner posts at each end of the end wall plate were not right. So the braces came out in the hope that this would clarify things but they didn’t. 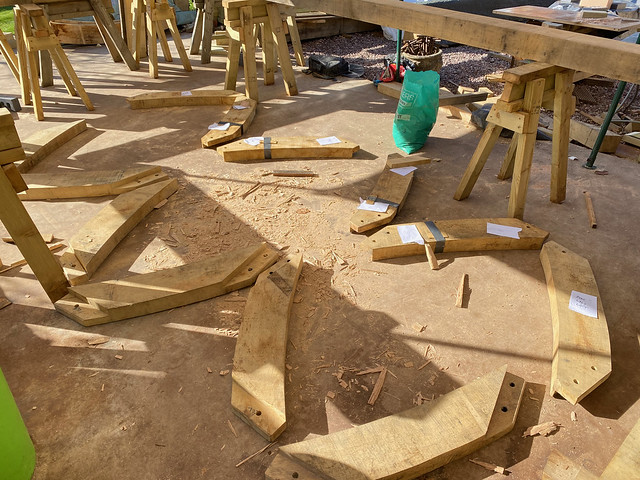 Totally confused we packed up for the day with the idea of having a fresh look in the morning.

I went indoors and relayed our conundrum to Jane. “Check the blog” she said. I did and it all became clear. This was the clarifying picture in this post of 18/12/20. 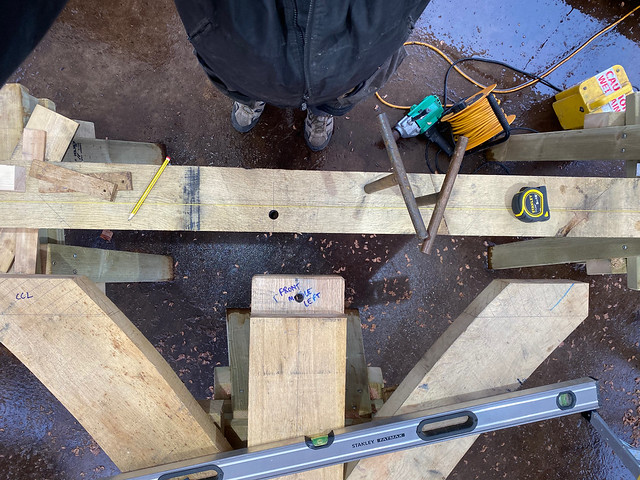 It turns out the C posts were the front wall not the back! It’s incredible how you can forget what you did! Anyway with this information everything became clear and we will be able to proceed tomorrow with the confidence that we will be working with the right posts!