Packing Away the Left Side of the Roof – green oak barn

The softwood elements of the lefthand hip of the roof came down quickly and easily and were stacked away. Then Ben treated a few woodworm holes we had noticed. We then had to dismantle the truss and came up with an ingenious way of doing this. We released the bottom of the principal rafters by removing the pins. I then made a T-shaped prop out of a bit of 4″ x 2″ and placed the top bit under the king post pins and the bottom bit on top of a hydraulic jack and clamped it to the king post. 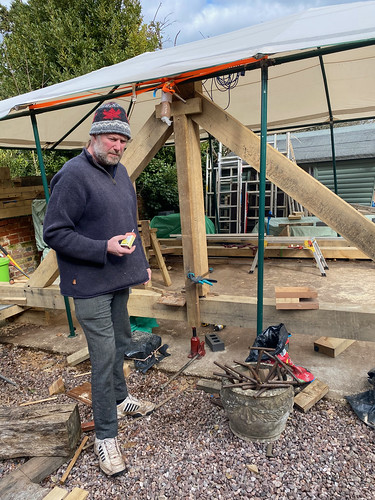 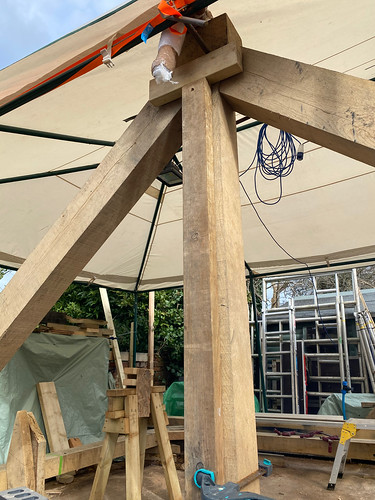 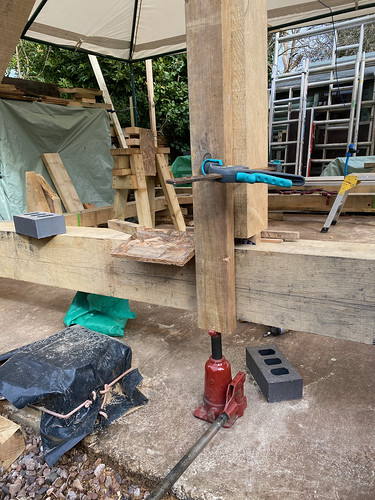 We stacked the green oak elements of the left side of the roof to one side. 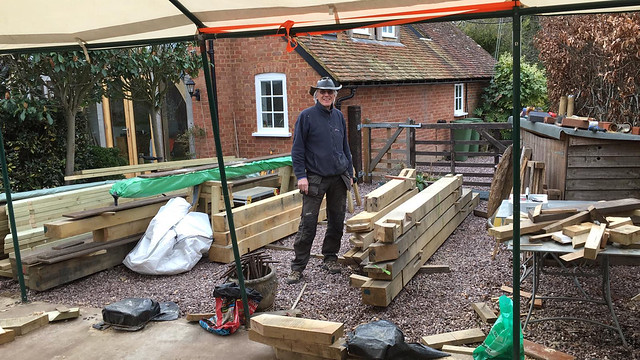 The slab was now clear for the first time in a while. 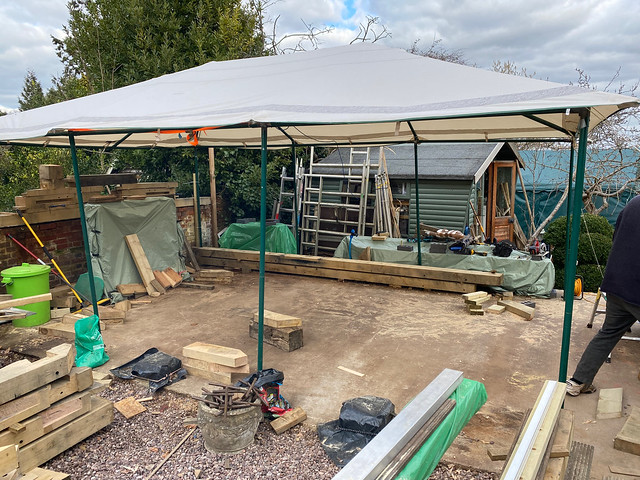 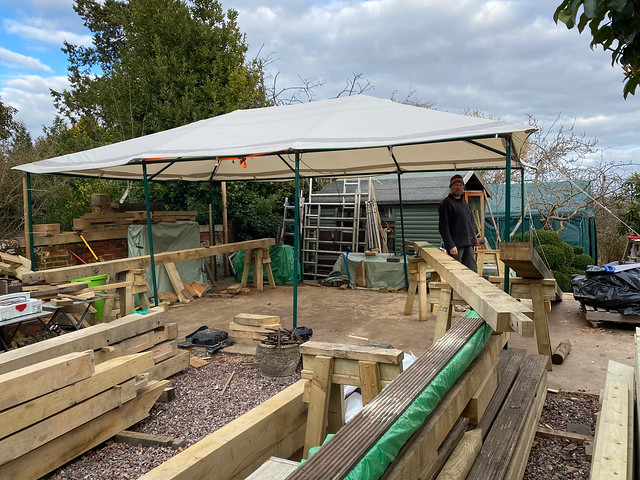 …and the end wall plate. 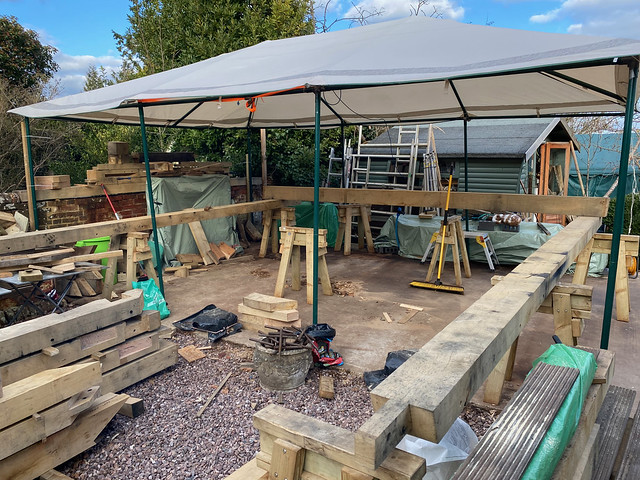 We are now ready to work on the joints between the wall plates for the right of the building.