A lot of thought has gone into the joints between the ridge beam and the king posts and this is the design we have settled on. 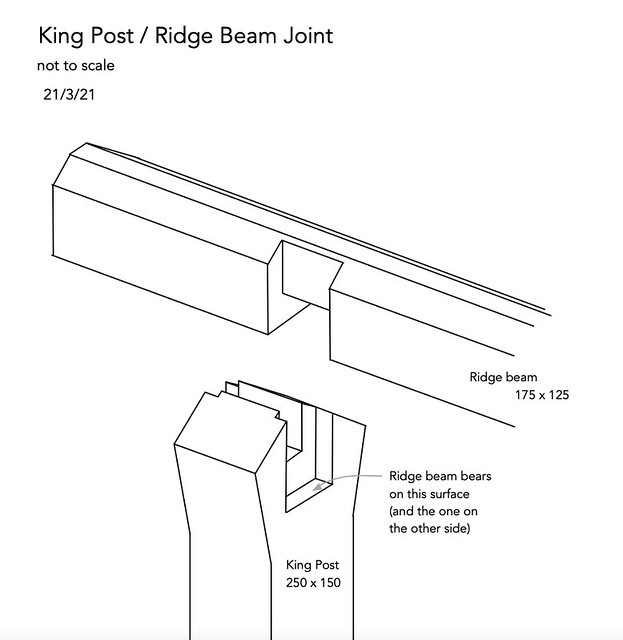 The constraints on us were:

The above design deals with both of these constraints. The size of the ridge passing through the majority of the king post is greatly reduced but the joint features bearing surfaces for the non-reduced ridge. This should enable it to take significant weight if required.

I found this joint complicated to mark-up and cut. 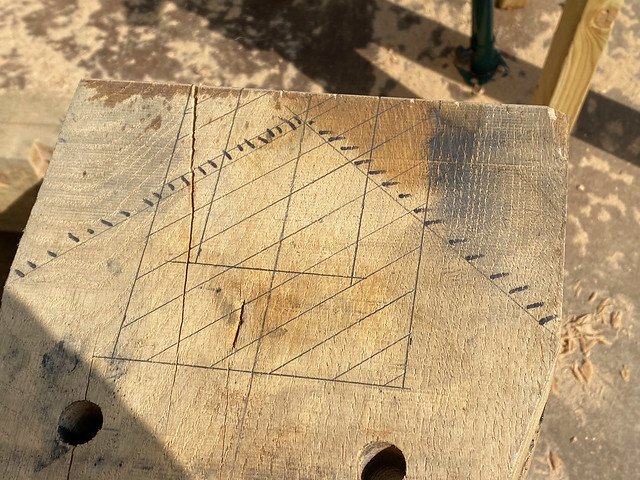 I tried to use the saw to remove the waste but this wasn’t very effective as the cuts were with the grain so the wood didn’t crack out in the way it does when you cut across the grain.. 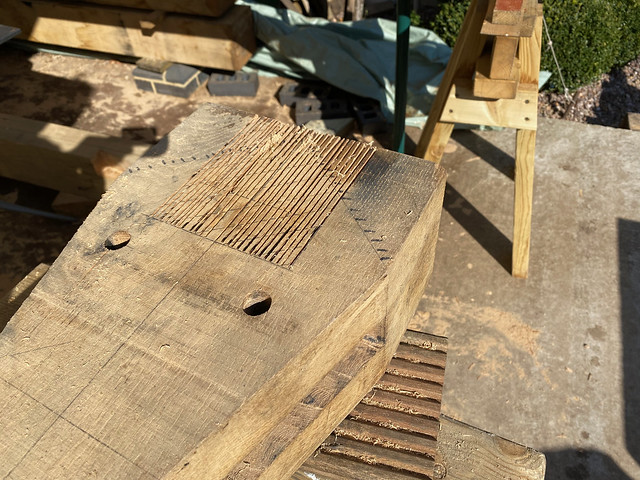 So most of the work was done with a hammer and chisel. 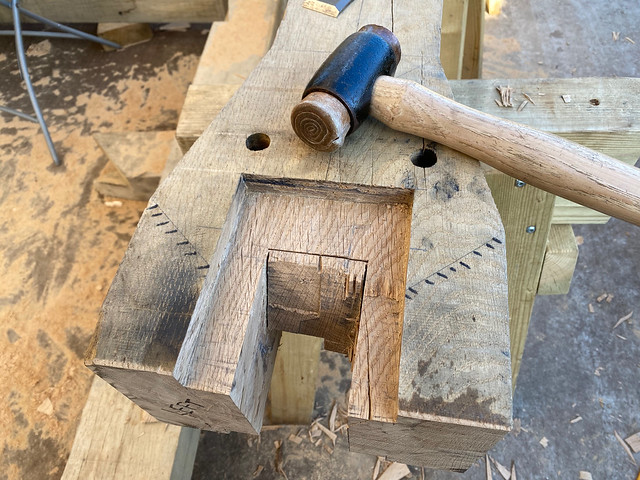 Once the waste was removed it took an hour or so of fettling to get the joint to fit. 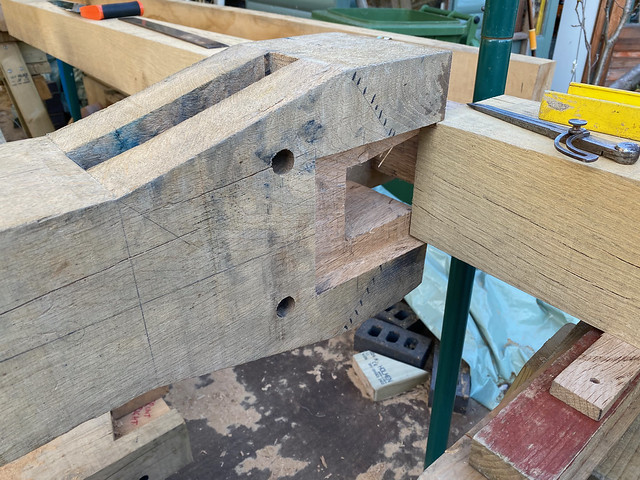 But eventually it went together beautifully. This is probably the most pleasing joint I’ve done so far in the whole project. 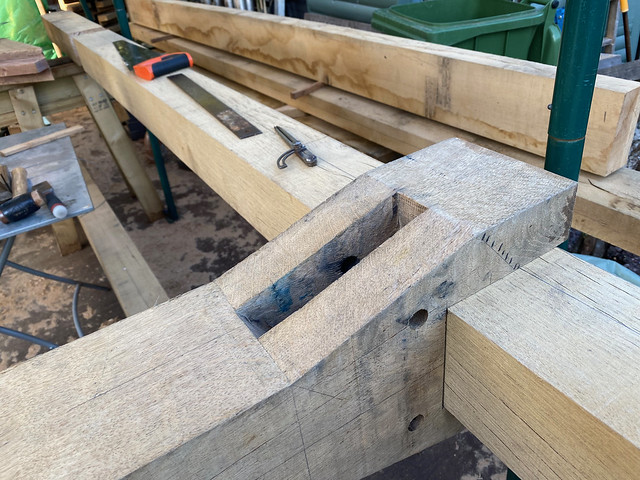 Meanwhile, Ben cracked on with the truss. Today he focussed on the first principal rafter. 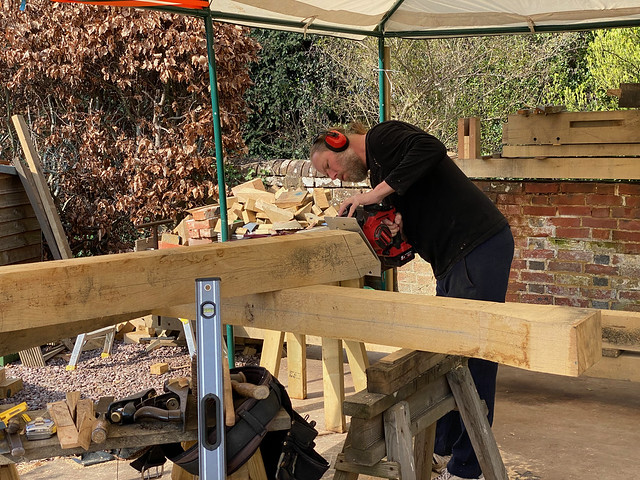 By the end of the day both tenons were cut and a start had been made on both of the mortices. 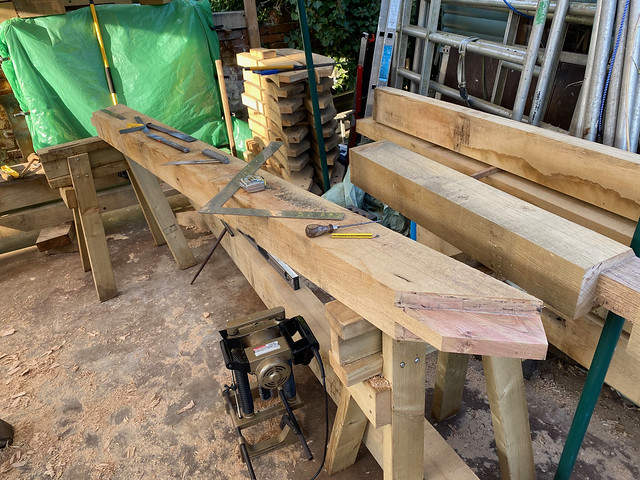 Tomorrow I will focus on fitting the first ridge brace and Ben will carry on with the truss.