When fitting the first ridge brace I used the face of the king post and the underside of the ridge to ensure a right angle. I did this because it was not straight forward to use the centre lines because the head of the king post was in the way. Overnight I realised that this was probably not the best approach as we had already established that the ridge was curved. So I called in Ben for coffee and a consultation! The conclusion of this conversation was that we should position the second brace to ensure that the distance between the centre lines at the bottom of the king posts matched the distance between the corresponding plinth/post centres ie between 1934mm and 1936mm. 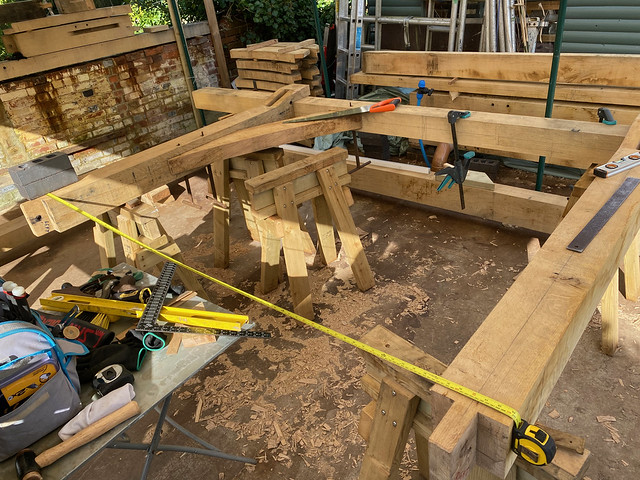 With everything straight and level, I marked out and cut the brace mortices in the king post and ridge. 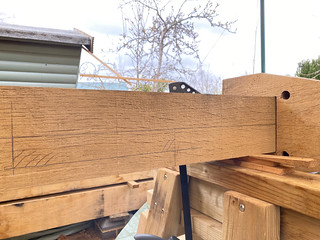 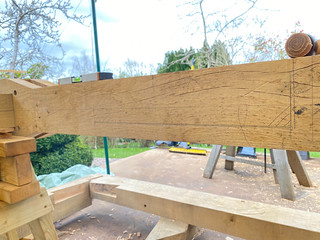 And fettled the tenons on the brace to fit. 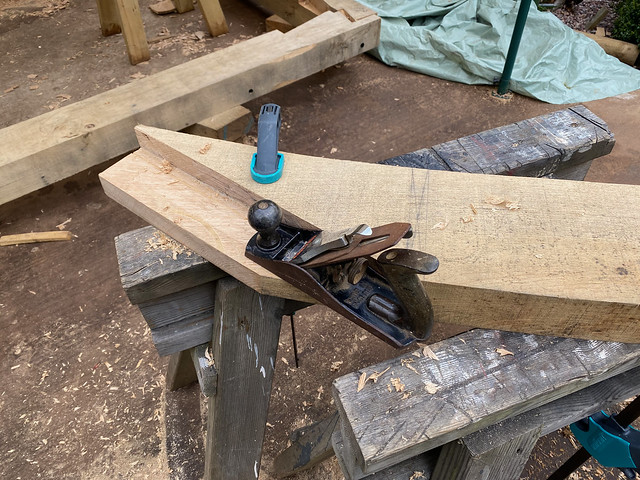 By the end of the day the final brace was in place. 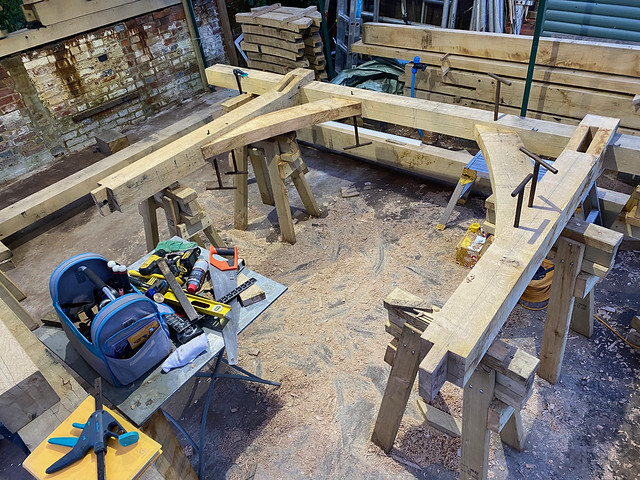 And the correct distance between the base of the king posts was achieved – 1935mm. 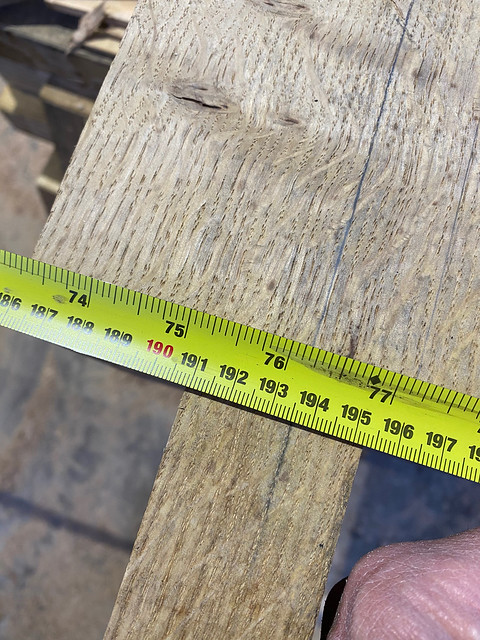 All 82 of the joints that need to be completed before the frame goes up have now been completed. There are only four joints left. These are the joints at each end of the righthand hip rafters and these will be done when the roof of the frame is erected.

On Monday we will erect the roof element of the frame at ground level to ensure everything fits correctly and fit the hip rafters. We will then take it down and erect the whole frame from the ground up.