Today I worked with Ben as we moved into the third dimension of this project. We laid out the end cross frame – the one that sits on the wall at the end of the slab. I found it incredibly difficult to move into this third dimension and had to repeatedly rehearse how this structure laid out horizontally before us was going to work in its final vertical orientation. 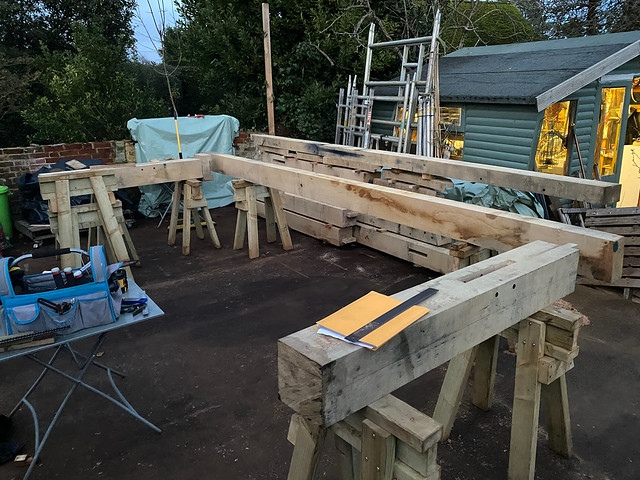 This was also the first time in the project that we had to cut a piece of timber to its final length. This is of course a very simple process practically but one with massive implications if you get it wrong. We think we got this right and proceeded to mark out and cut the dovetails. Ben worked at one end and I worked at the other. 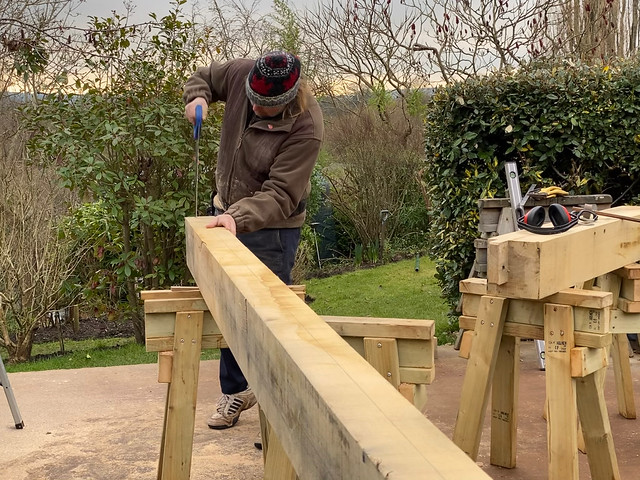 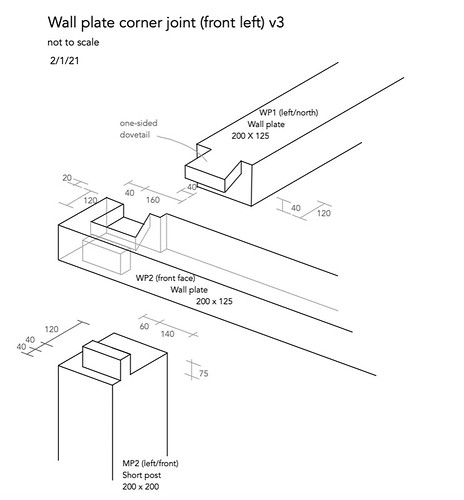 …into the real thing. 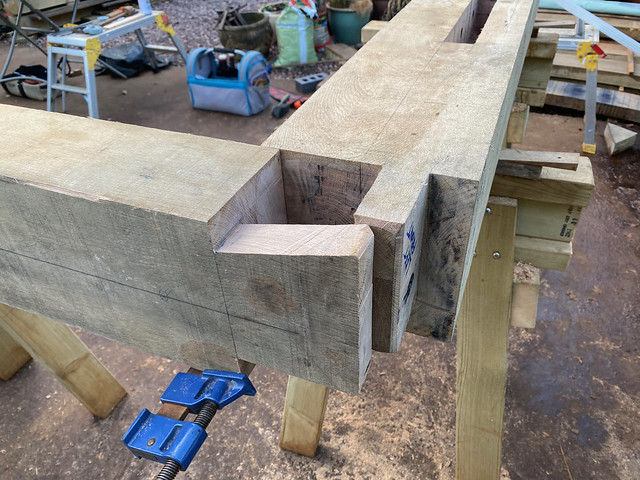 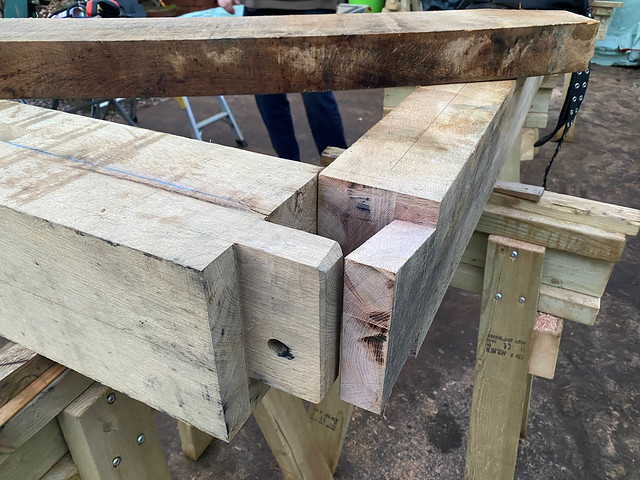 By the end of the day we had this first cross frame laid up and ready for the mark up of the brace joints. 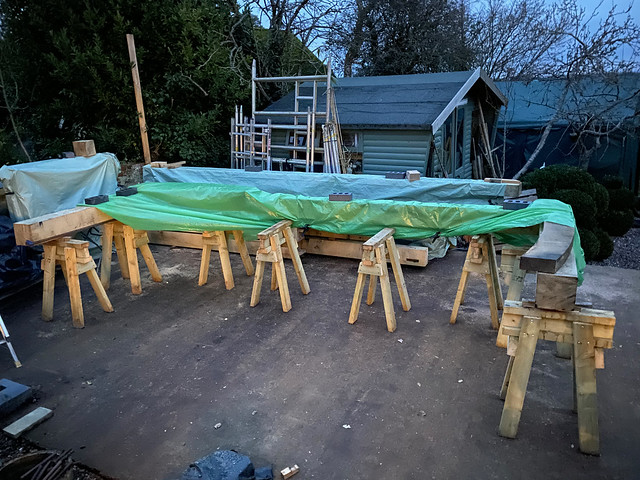