Today was another day where not much sawdust was created but we made great progress. We fettled the dovetail joints (even more) on each end of the lefthand end wall plate. We then adjusted things so all three wall plate elements were straight and level and square.

We then moved in the first tie beam from the timber pile on to the slab. These are the heaviest elements of the frame weighing in at about 145kg. We then put on the reference marks – centre lines and level marks on the face side and face edge. 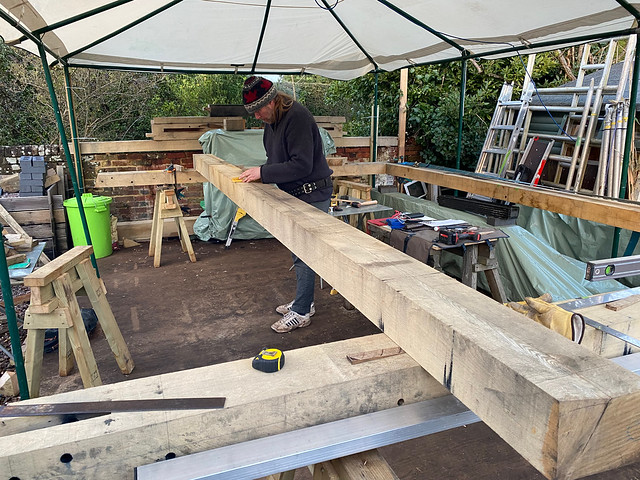 We also marked the position of the cog on the wall plate. 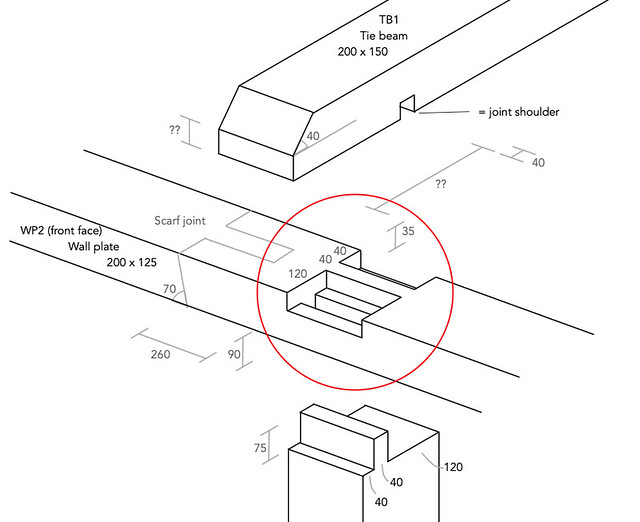 We then set about placing the tie beam in the correct location according to the diagram below which I’ve discussed before (see Brace Position). 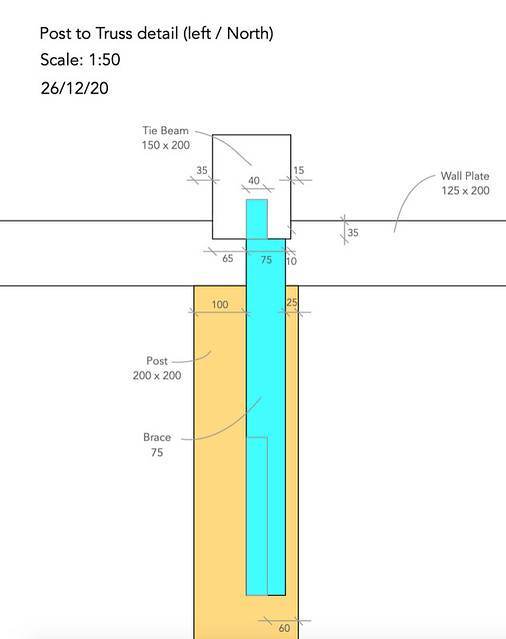 And we transferred the joint marking to the tie beam. 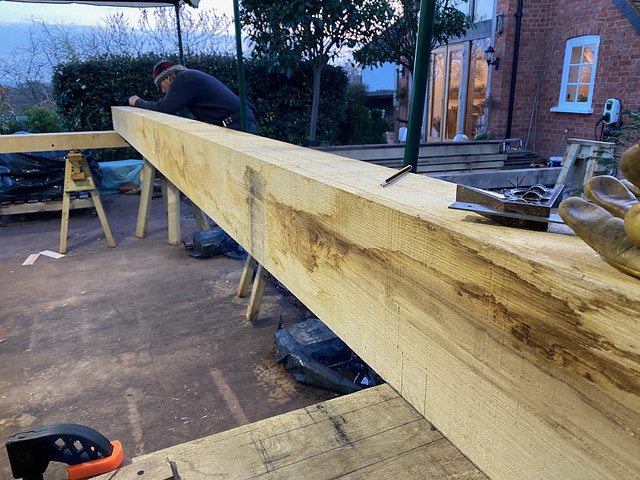 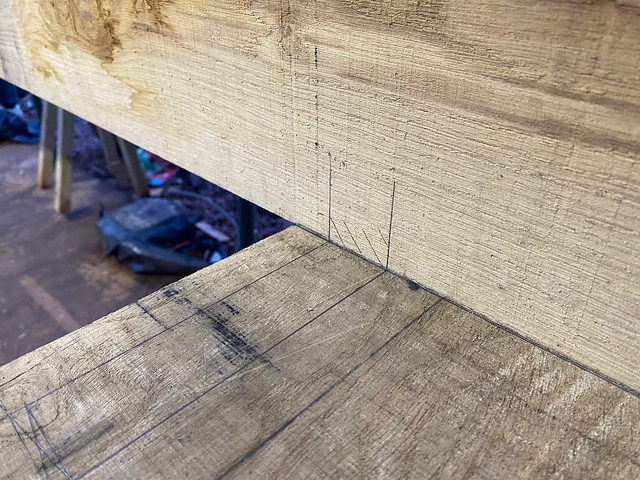 Tomorrow we will cut these joints. After we’ve done that, the idea is to put the tie beam on its side (roll it towards the camera in the picture below), slide it up the front and rear wall plates towards the end wall plate and use the three linked  pieces of wall plate as a straight and level surface where we can build the first truss. 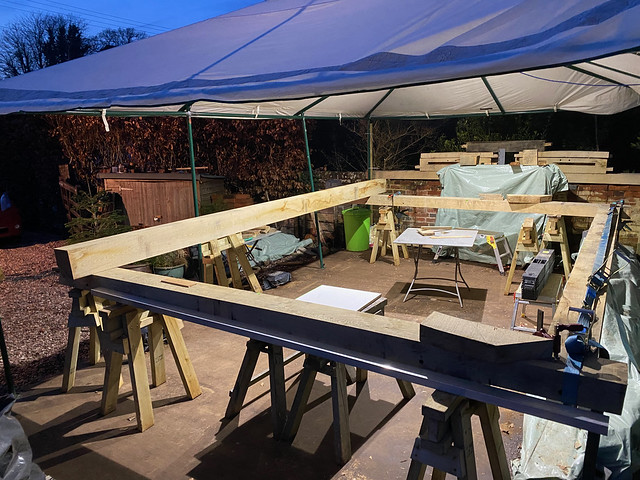