Today I resumed work on the oak frame after an eight day gap. This gap was partly due to other commitments but prevarication also played a significant part.  I knew I was going to have to cut the first king post to length and any mistake doing this was going to be embarrassing, difficult and costly to recover from. So I wanted to make sure I got it right. I have spent many hours calculating the roof geometry. I reported on this here and here. But there’s more which hasn’t yet made it to the blog – see image below. 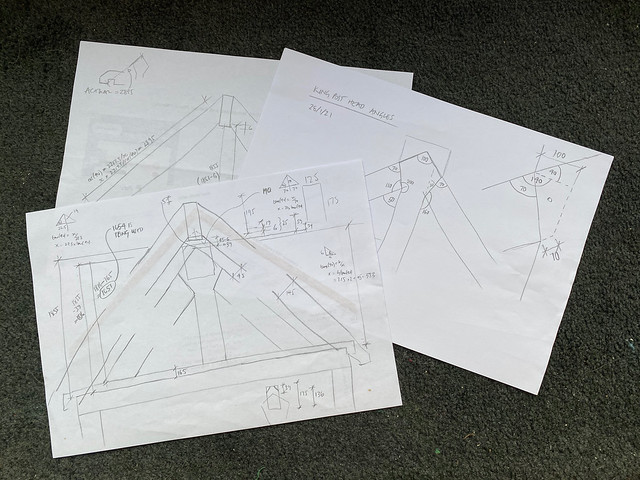 All this preparation meant I felt as sure as I could be of the length the king post needed to be. So I started by cutting that and putting a tenon on the end. 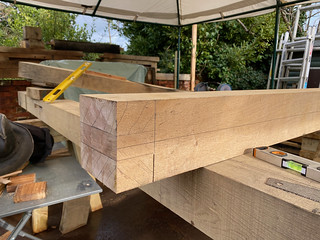 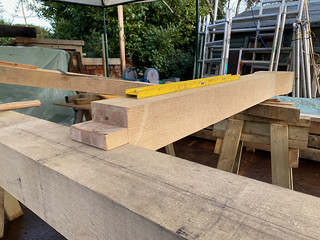 I then cut the mortise and pinned the king post to the tie beam. So far so good. I then put a nail in the pinnacle of the king post, hooked on a tape measure and checked the diagonal distance, left and right, to the cog joint on the tie beam. It was spot on. 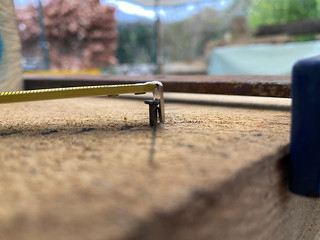 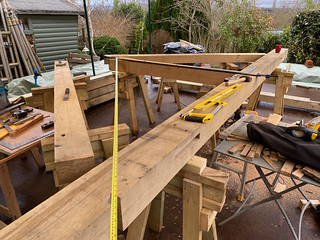 I then laid up the first principal rafter and checked its angle – it should be 40 degrees and it was. 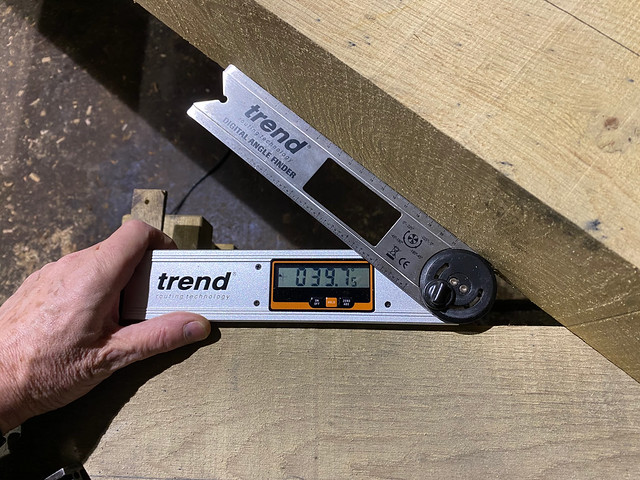 I pressed ahead with a little less anxiety and more confidence and cut the shape of the first principal rafter – top and bottom. 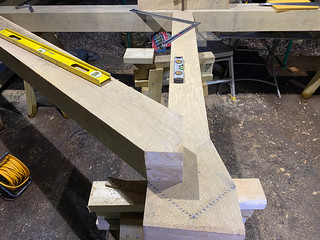 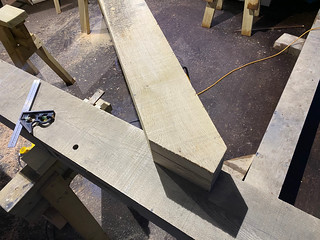 Tomorrow I will put the joints on each end of this principal rafter and hopefully make a start on the other one as well. 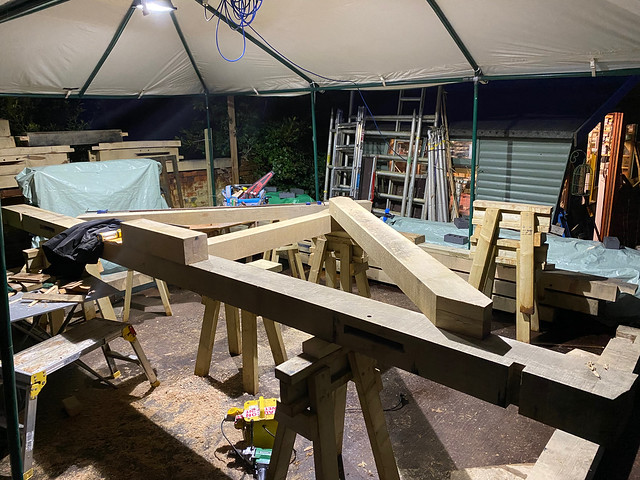