Great day today buoyed by an advisory visit from Ben .

Firstly, I realised why I was having such problems with the top king post joint yesterday. What was happening was that the king post was not staying straight and level. It was moving every time I took the partially completed joint apart and put it back together again. Up until now the pieces of wood we’ve been working with have been so huge and heavy that once you level them up they don’t move. So this morning I levelled up the king post and clamped it to its trestles. Then I checked it regularly. After this realisation, it wasn’t long before I had a half decent king post/principal rafter joint. Note how the shoulder of this joint has a kink in it. This is because the shoulder on the principal rafter is longer than the angled surface at the top of the king post – this turned out to be significant – read on! 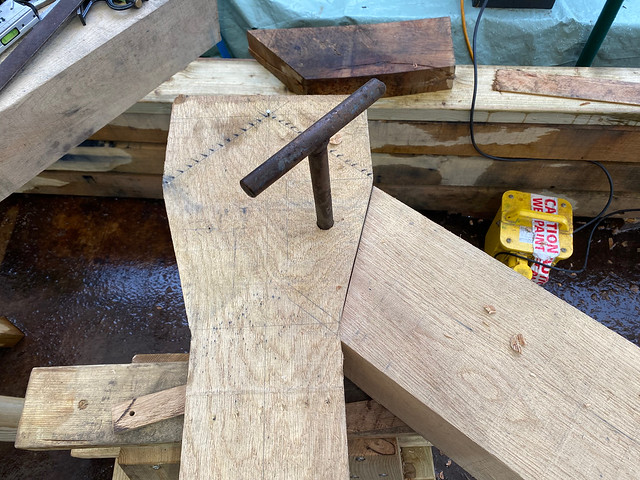 My attention then turned to the other end of the principal rafter. Here I found a surprise. 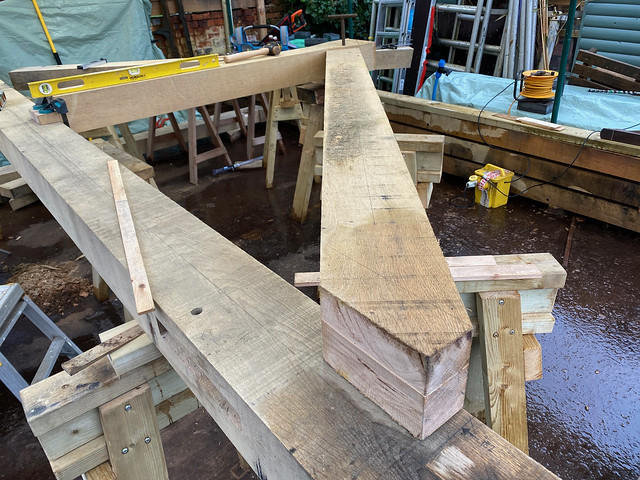 The nose of the principal rafter now came in short. Instead of being 182mm from the cog on the tie beam it was 198mm.

[Edit 31/1/21: The following explanation – now in red – is wrong. See Trust Your Maths for the true explanation and the correction made.]
I think this is due to a combination of two things:

I’m not sure this is correct but it’s the only explanation I can think of. 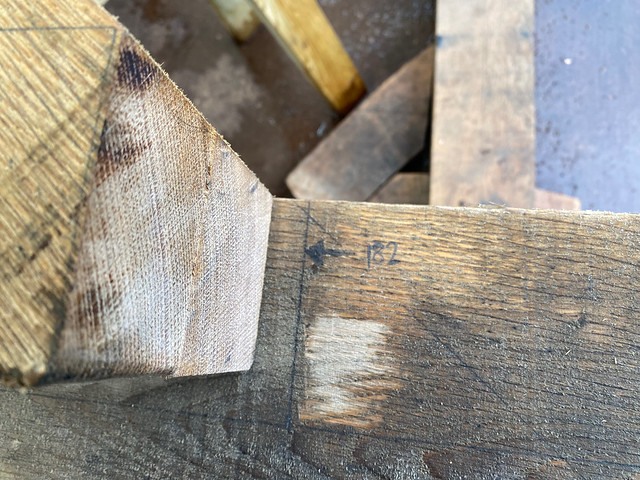 So I proceeded with the principal rafter nose at 197.5mm and will reflect this on the other side of the truss.

I cut the tenon on the lower end of the principal rafter and flipped the tie beam through 90 degrees and cut the mortice. 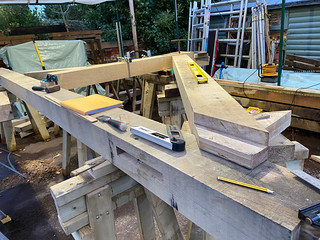 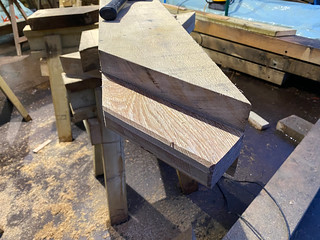 Then came the moment of truth. With the principal rafter pinned to the king post, I moved them both towards their respective mortices in the tie beam. I pulled the king post down with linked sash clamps. 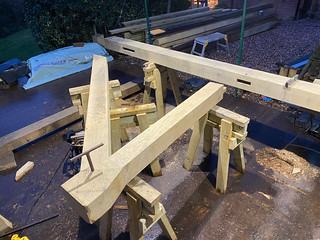 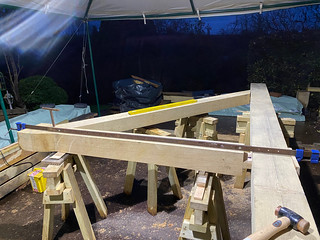 Et voila! It came together beautifully. 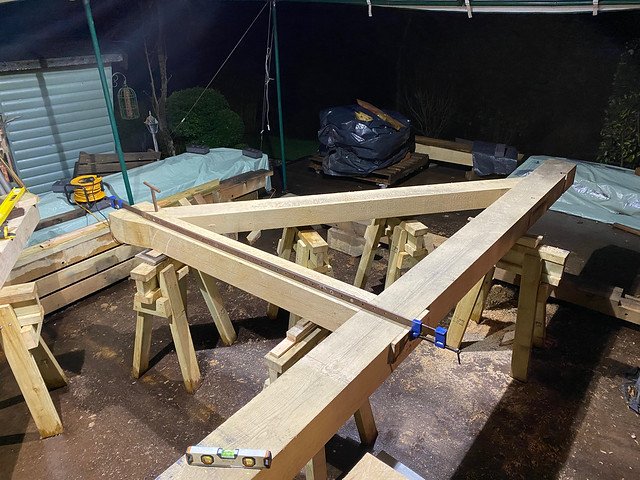 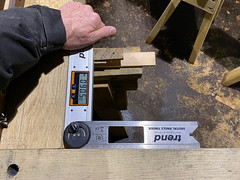 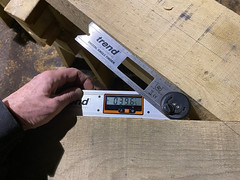 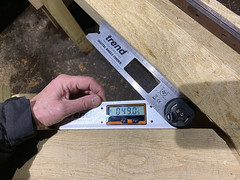 Tomorrow I should get the other principal rafter and so finish my first king post truss!