When you’re on a roll and it’s not raining, you work on a Sunday!

We started the day marking out the mortices on the curved sill of the end wall plate and cutting them. 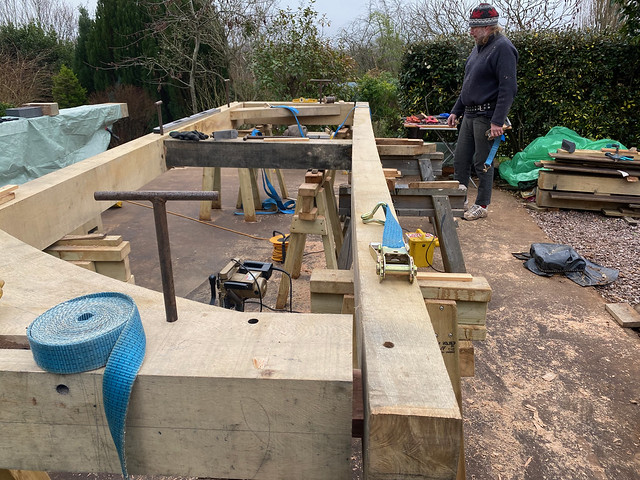 We then put it in place and pulled out most of the curve with lorry straps. We had to have a couple of goes at this. We pulled it in first time and it was a struggle. Also the sill did not sit properly on the perfectly square shoulders of the tenon joints on the bottom of the short posts. I don’t have a picture of this unfortunately. The sill hit the inside shoulders of both short posts but there was a 3mm gap on the outside shoulders. We decided to reshape the shoulders and take 3mm off the shoulder of the mid-post to ease the tension a bit. 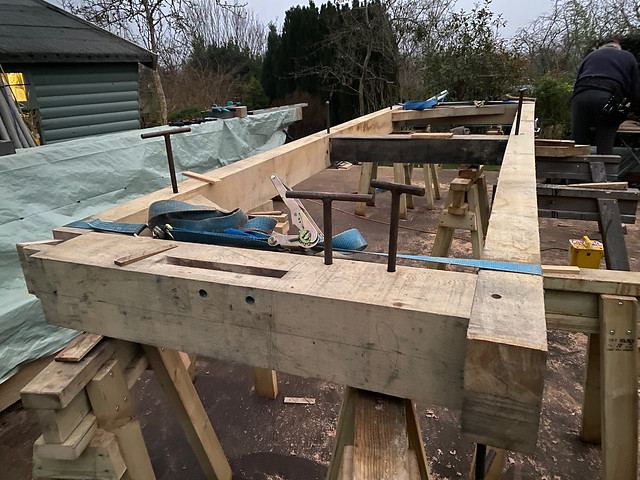 This did take most of the curve out, although some of the tension (and curve) was transmitted up to the wall plate but we think we can live with that.

We decided to end the day leaving the cross frame strapped up and pinned “so it could get used to itself”. 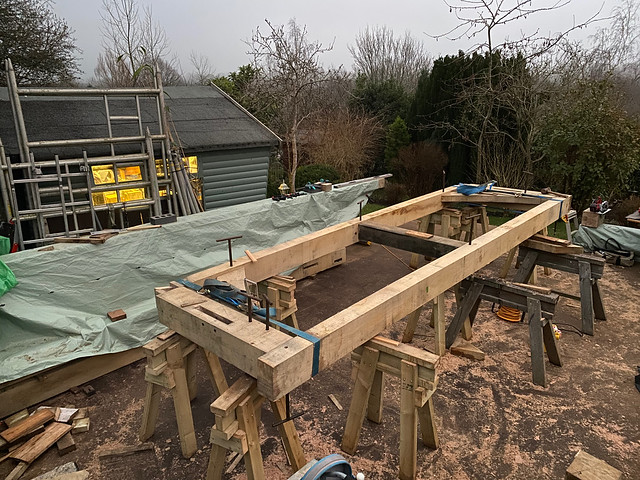 Anyway it feels like a bit of a milestone to have the first cross frame complete.

Tomorrow we will cut the sill to length and put it on the ‘finished’ pile together with the posts and braces. We will then flip the wall plate on its side and bring the lefthand sections of the front and rear wall plates onto trestles to work on the dovetail corner joints between them. That’s the ones like this. 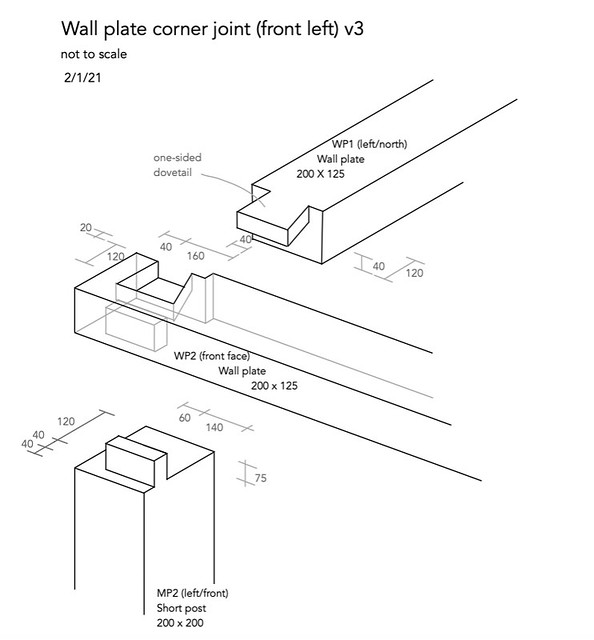