Today we started by scraping off the ice. 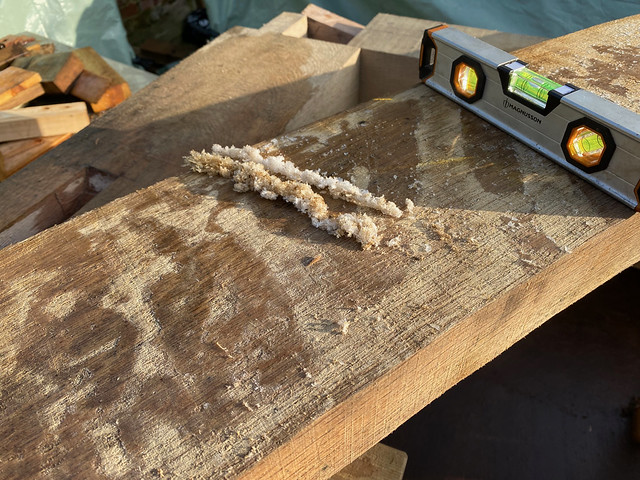 But there was no wind and the sun was on our backs so although the temperature didn’t get much above zero it was a very pleasant day. 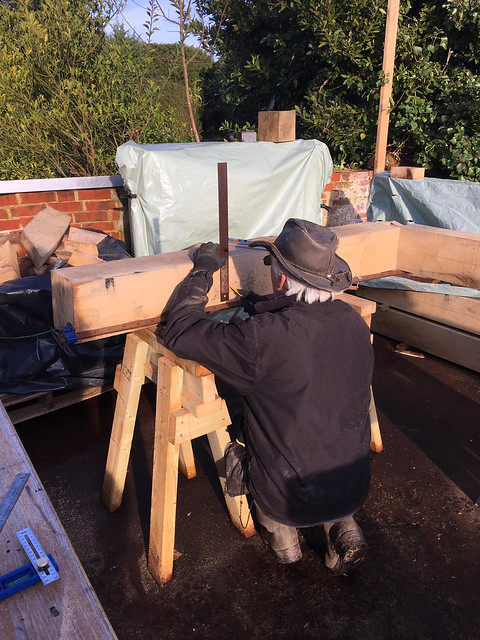 Ben and I worked at each end of the end wall putting in the braces. This is a process that works really well as you can cross-check each other’s work as you go along and significantly reduce the risk of errors. Today this paid off. Ben and I had both marked out our braces and cut the tenons and had moved on to mark out the mortices. At this point we noticed that my mortice was a lot longer than Ben’s. An investigation followed and it turned out that the brace blanks we were using were different. I was using a large one (200mm wide) and Ben was using a small one (175mm wide). This meant that Ben had to start again with a larger brace blank so that they would match. 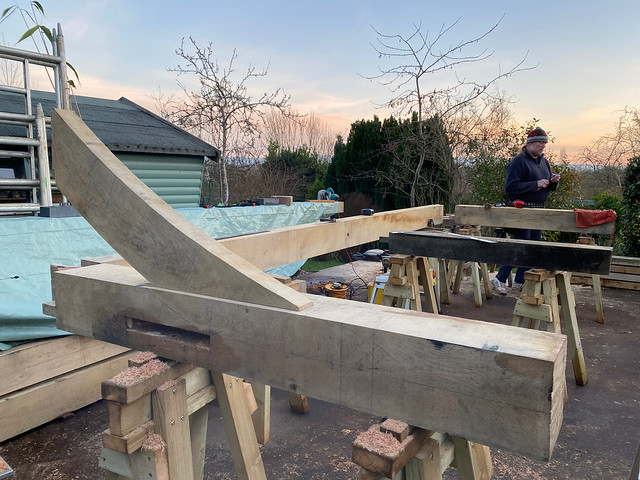 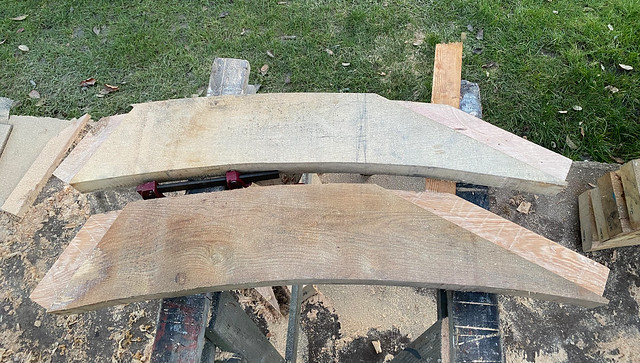 By the end of the day Ben had fashioned another brace from the larger blank. We will use the smaller one between the king post of the truss and the ridge beam.

Tomorrow we should get these braces in place and then we hope to put the repaired tent back up.