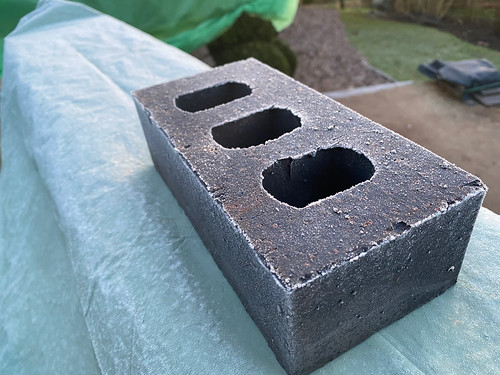 It was a cold start. I went out, took this picture and came straight back inside for a cup of coffee! Shortly afterwards I was able to square off the end of this last post and mark out the tenon. But then I started a long and very useful ‘state of the project’ conversation with Ben. This happened at precisely the right time. With the elements of the back wall complete and the front wall nearly complete, we have options on what it’s best to do next.

By the end of the conversation this had changed and this is why. With the front and rear wall erected, a timber fashioned with tenons on each end could not be lowered in place. The walls would somehow need to be opened up at the top to allow the tenons to slot into their mortices. This would be incredibly tricky. This wall plate will weigh about 110kg and will be 2.3m in the air. What we really need is a joint that can be lowered into place without having to move the upright walls. So we have decided to do dovetails at the ends of the end wall plates rather than tenons.

While all this discussion was going on our attention returned to a concern we’ve discussed before: “Is the span of the end wall plates too long, given that they are only 125mm thick?”. We’ve skirted around this issue on several occasions since we started but had always put it in the pile of things to consider again later. But decision time is now upon us. So, to cut a long conversation short, we have decided to turn the end wall plates through 90 degrees so that their widest dimension (200mm) is vertical. Taking these two decisions into account the front left corner joint has changed from this: 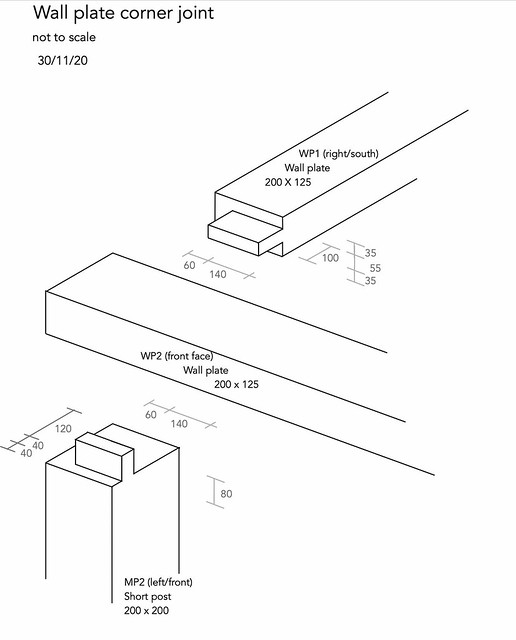 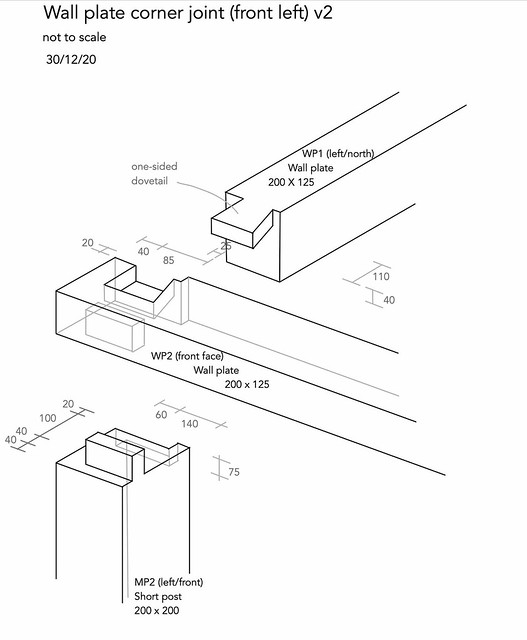 By making these changes we have:

This is what this joint looks like from the side: 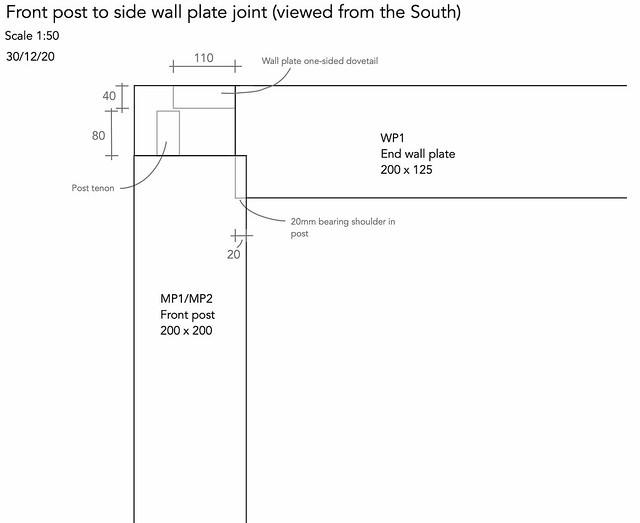 Meanwhile, progress is being made on the tent repair (see Setback – green oak barn). All bent bits have been bent back. We are just waiting for replacement pole connector nipples/springs to arrive and we need to get the welding done on the four broken connectors. 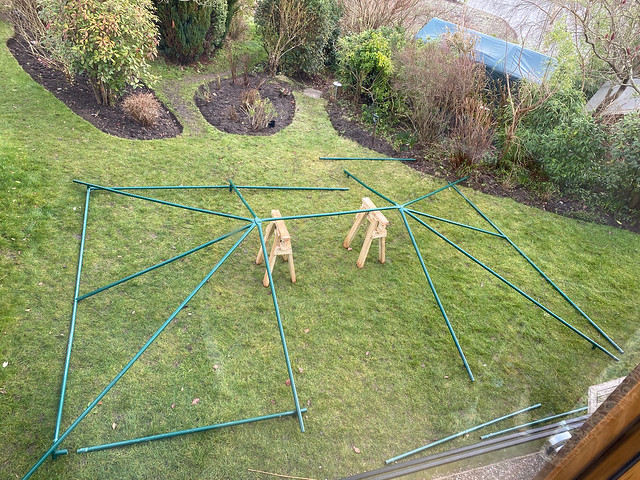