Not much progress made today but I do have an error to report and a hint from Ben.

The hint first. Ben came around today but was in consultant mode. He’d read yesterday’s blog post and had some advice about judging the depth of the scarf joint mortice. Yesterday I did this by measuring down from the face side (top) of the timber using an adjustable square. But that could be untrue. The best way to do it is with a spirit level in the bottom of the mortice. I’ll remember that the next time I’m doing a scarf joint (which won’t be on this project as all scarf joints are now done). 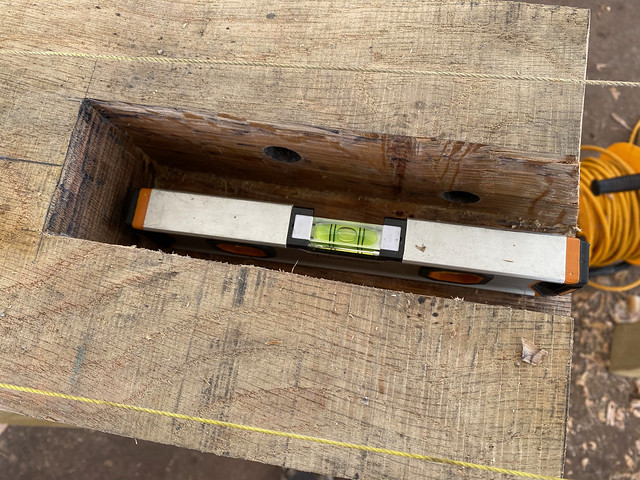 Anyway the scarf joint went together quite well. It needed a bit of kerfing around the shoulders but I managed to do this without cutting off the tenon this time (unlike here)! 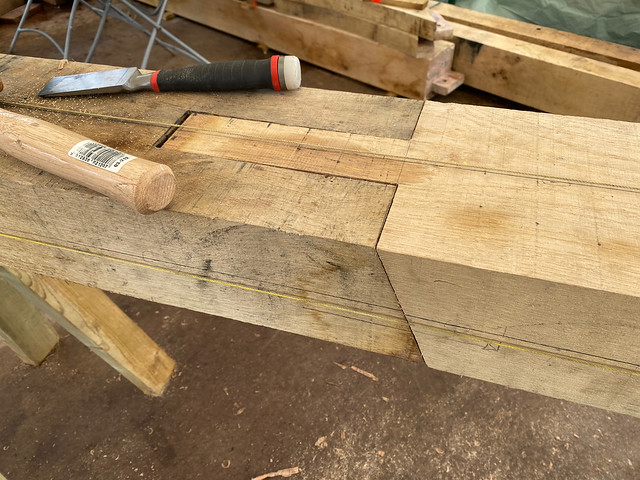 Jane then came out to help me get the drill straight while drilling the peg holes across the mortice. I then reassembled the joint and marked the peg holes on the tenon and this is where I made my second mistake of the project. I half-drilled the first hole in the mortice without allowing for the offset to pull the joint together. I had to fill this wrongly placed hole with a peg which I hammered firmly in place and glued. 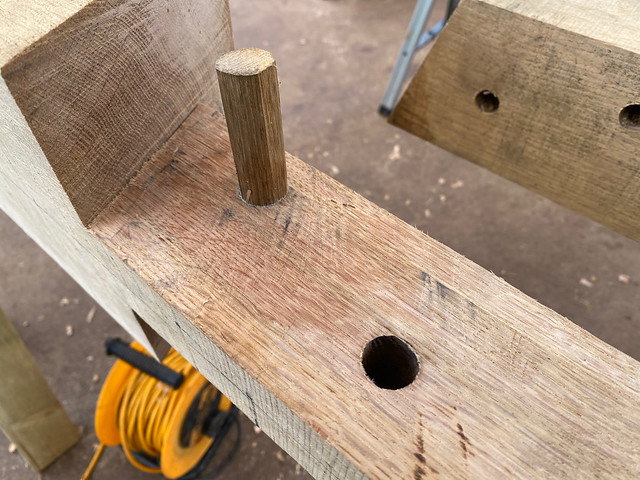 You could hardly see the repair even thought the grain was running in the wrong direction. Then I re-drilled the hole in the right place. 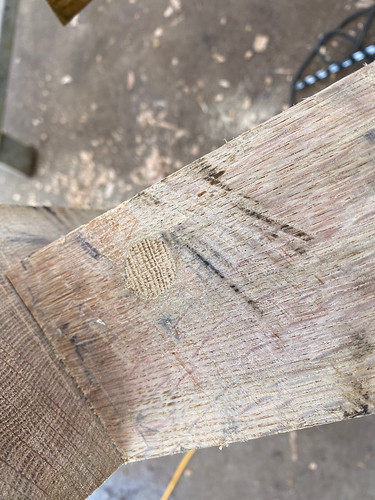 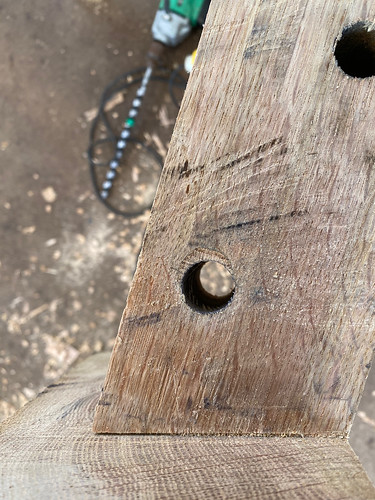 With the peg holes in the right place I got both parts of the wall plate line up straight and level, assembled the joint and put in the pins. 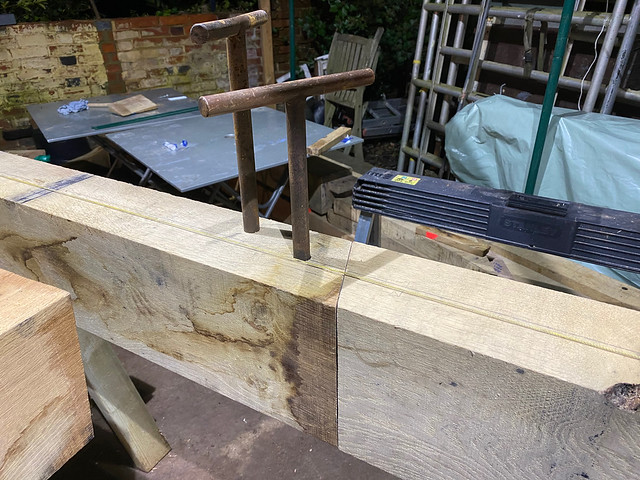 At this point it should have been a simple case of moving in the first post of this wall and starting work on the post tenon. However, the assembled wall plate was in the wrong place. One of the legs of the tent was where the post needed to be. So the wall plate had to come apart. Both parts had to be moved, straightened and levelled (again) and this took ages.

But at least I am now all set up for tomorrow. 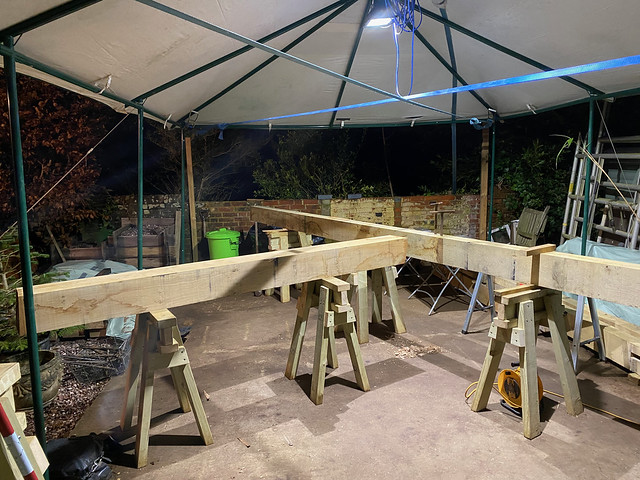