Today started with a visit from Ben on his way to work. He brought two things. A very useful book: Oak-Framed Buildings by Rupert Newman and a plumb line. 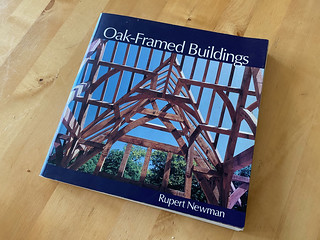 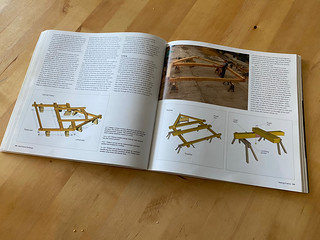 It probably would have been a good idea to have got this book six months ago and read it!

As Ben left and the pegs arrived from our good friends at the Green Oak Carpentry Company. 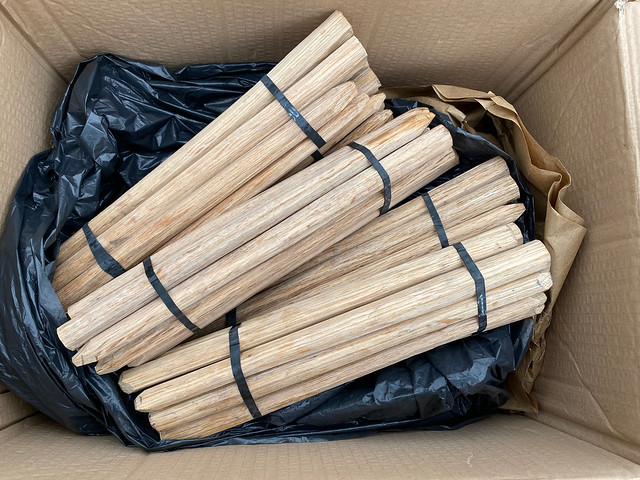 My first task of the day was to fettle the post joint to line it up properly. It was 4mm off centre. I could have done this in one of two ways: make the mortice 4mm longer or put a 4mm shoulder on the side of the tenon. I went for the latter as it was much easier for someone working alone. Lengthening the mortice would have involved rolling the wall plate on its back and then rolling it back again and re-levelling it. 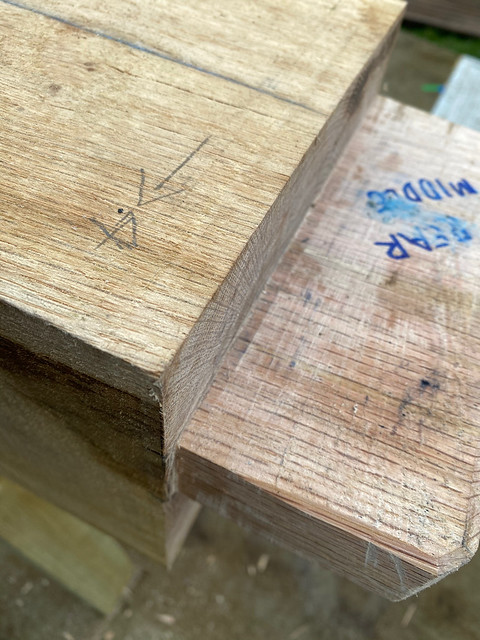 I reassembled the joint and it aligned perfectly. There was just some work to do on the upper shoulder to ensure the joint closed properly. I did this by gently running the hand saw across the shoulder. I had to pull the joint apart and finish this process with a chisel. 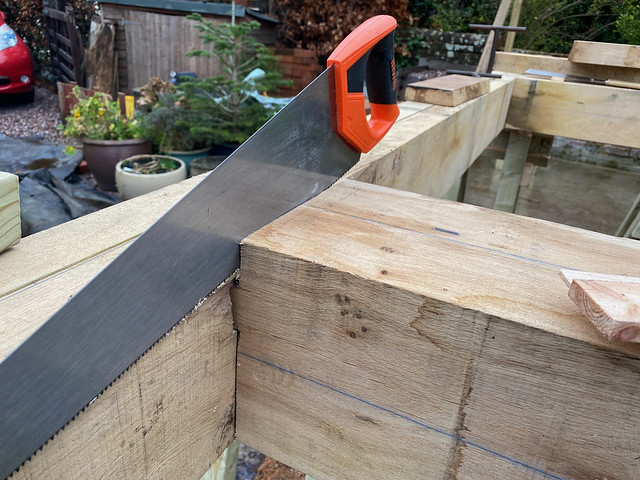 Before reassembling the joint, I completed the peg holes in the wall plate which I only partially drilled on Tuesday. This time I used Ben’s drill which is much more powerful than the ones I have. When drilling 19mm holes in green oak you have to brace yourself. When you pull that trigger one of two things is going to happen: either the auger bit is going to rotate or you are! Ben’s drill has the trigger lock button removed. 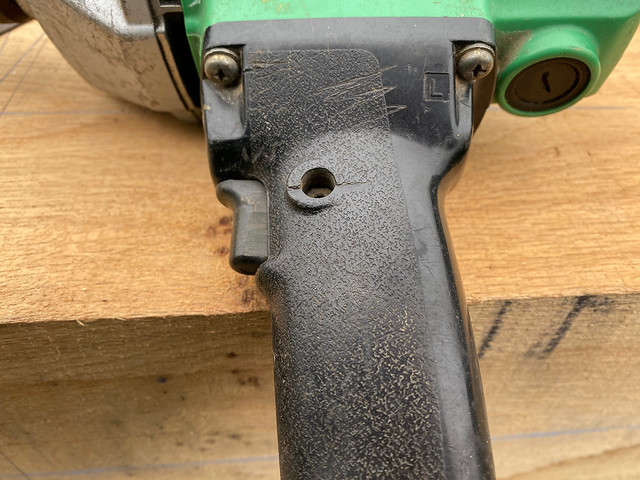 This is a safety feature. If you lock the trigger and lose control of the drill while drilling you will end up with a couple of kilos of drill spinning around with no way of stopping it. If you have a trigger lock, either remove it or be very careful not to engage it when drilling peg holes.

Before starting to drill I marked the bit with a piece of masking tape so that I knew when to stop drilling. The tape was placed at the depth where the point of the bit just breaks through the surface of the underside of the wood. This gives a mark to finish the hole from the other side and avoids blowing out the oak. 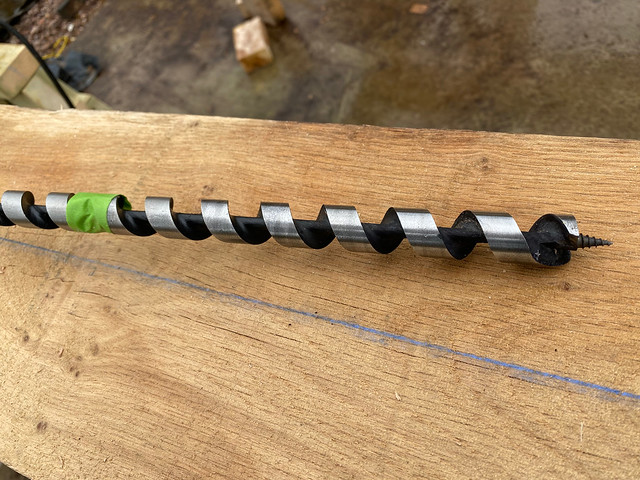 Next I assembled the joint and pulled into place using the linked sash clamps (see this post) and made sure that the wall plate and post were straight and level. I then took the short 19mm auger bit in my standard drill and switched it to reverse. I placed into the hole in the wall plate and pulled the trigger. This marked the centre of the peg hole on the tenon on the post. I took the joint apart again and placed the auger bit about 2mm lower than the centre of the peg hole. I reassembled the joint and drove in a metal pin. The slightly misaligned holes pulled the tenon tightly into the mortice.

I repeated this process for the second post and ended the day with two posts connected and straight and level with the wall plate. 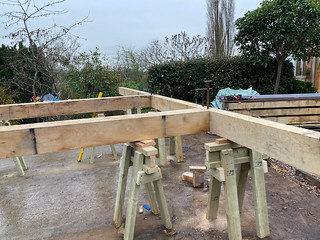 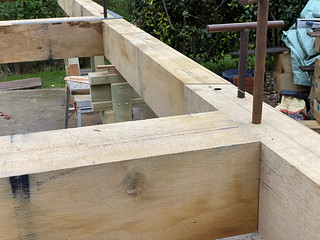 Tomorrow I need to work out how to do the braces. Now, where did I put that book?