Interestingly, the first cut on this job was into brick not wood. 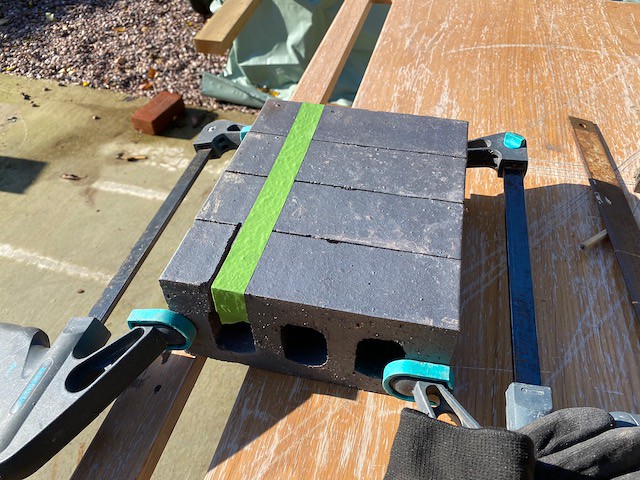 All the bricks for the plinths needed to be cut down to size. I invested in a diamond cutting blade for this. Chandlers (who have set me up with an account for this project), had three on offer with the most expensive (~£70) being twice the cost of the cheapest. I went for the cheapest.

I wanted to get these cuts as accurate as possible so cut them in sets of four – there are four bricks in each course – and used masking tape to mark the cut line. I practiced on the cheaper standard bricks before starting on the very expensive double-bevelled ones. 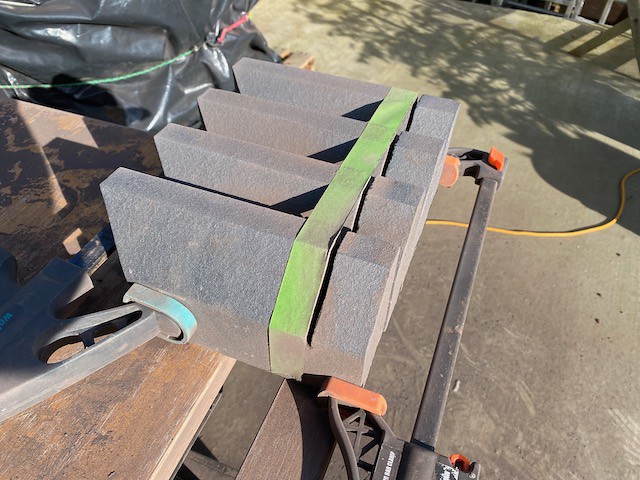 The result was very pleasing. 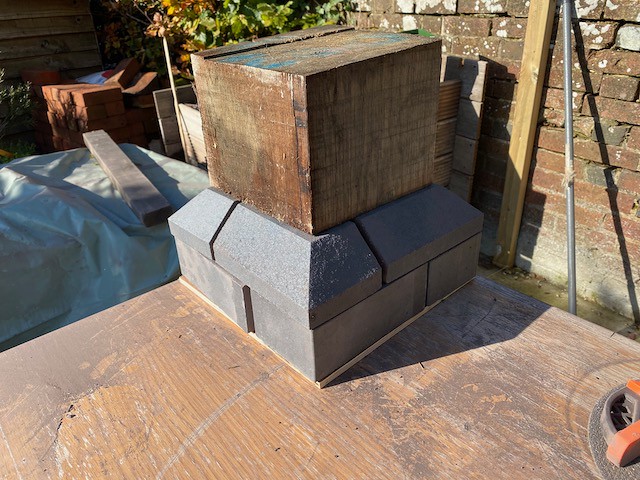 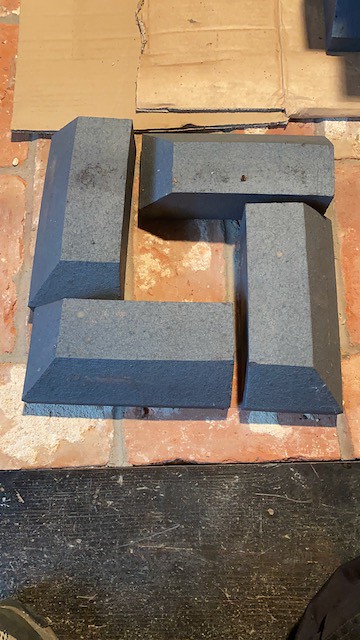 Without thinking about it too hard, I’d decided that all the double-bevelled bricks needed to be the same but it didn’t matter if they were left or right handed. I ordered all right handed. When they arrived, I didn’t check them and they went straight into dry storage. When I pulled out the first four to cut them I got a shock (see image). This wasn’t going to work!

Had I made a mistake? Does each plinth need two right handed and two left handed double-bevelled bricks? Anyway, this put me into a bit of a panic as the brick layer was due in two days and I had the last of the stock of these specialist bricks and there was a six-week waiting list if I needed any more.

After calming down and consulting with Ben, I realised that a mixed lot of left and right handed bricks had been supplied! The first four bricks I happened to pull out were two of each. Fortunately, there was an equal number of each hand so three of the plinths are built with lefthand bricks and the other three are built with righthand bricks.